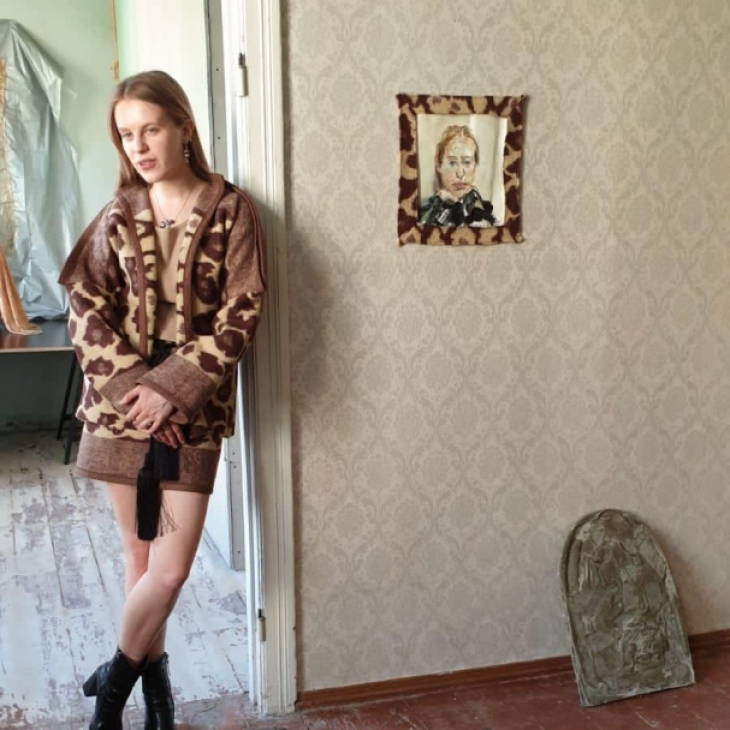 Shelter or immitation for an animal, 2021

Human is an animal. The series of works “Shelter or imitation for an animal” placed in an indoor installation evaluates the emotional attachment to the place of residence and living space, as well as to find out the meaning of the terms “home” and “shelter” for each visiting animal, personally. The series of works studies materials related to the premises and their occupants, their hierarchies, and imitations. Possibilities to observe the relationship between an animal and an object in space and view works of art through the space and the planes in the room. Practical and impractical relationships and animal similarities in imitations observed in the everyday indoor environment between animals. Clothing made from a wool blanket that was used as a shelter for sleeping body. Now used as a shelter for an awakened body.

There are in total 4 human matts created. They have been exhibited in SAVVAĻA/SAVAGE exhibition and in the graduation show that was organised in abandoned apartment rented by the artist, in a space with no use, only leftowers and a slight smell of old wallpapers that it might have been a home for someone a long time ago. In the series of works combined in an installation under name “Shelter or for an animal” hierarchies, animal species are researched trough the space and context they have been put in, whether a real animal – human is walking in to the room or the leather or skin is imitated trough another material or even bacteria such as tee mushroom, or just the visual print of the fur is printed on another fur. what is the meaning of living environment and what are the roles the objects play in the space and hierarchies between animal species? at the same time what defines the placement of an artwork in space and where the object starts and where it ends as a practical household tool. what is the role of an artwork in the space and are their shelters or spaces also a home or just an imitation of it? Made out of real and fake animal fur sewn together in human silhouette like beings it unites together the shape and texture of different animal species. At the same time resembling a carpet this object is situated in an apartment on the floor, but raises a question what is difference between the animal species and hierarchies between them. At the same time combining valuable material -real animal fur and for another group of society that considers ethical clothing the only option – fake fur (valuable material for them) and combining both kinds of fur an unworthy material is created, shaped in a human silhouette. Deconstructed blanked resembling a frame hanging on curtain clips in a construction artist welded from water pipes. The pattern printed on the blanket looks like fire, but it is actually a print from predator animals’ fur that is zoomed in. The blanket is filled with bird feathers but cannot be used as a blanket anymore because of the hole in the middle now only working as a frame. What is frame? Sleeping is the most dangerous and fragile state of being for an animal. Shelter is needed. Humans tend to use balnkets and tents. Does transparency protect? 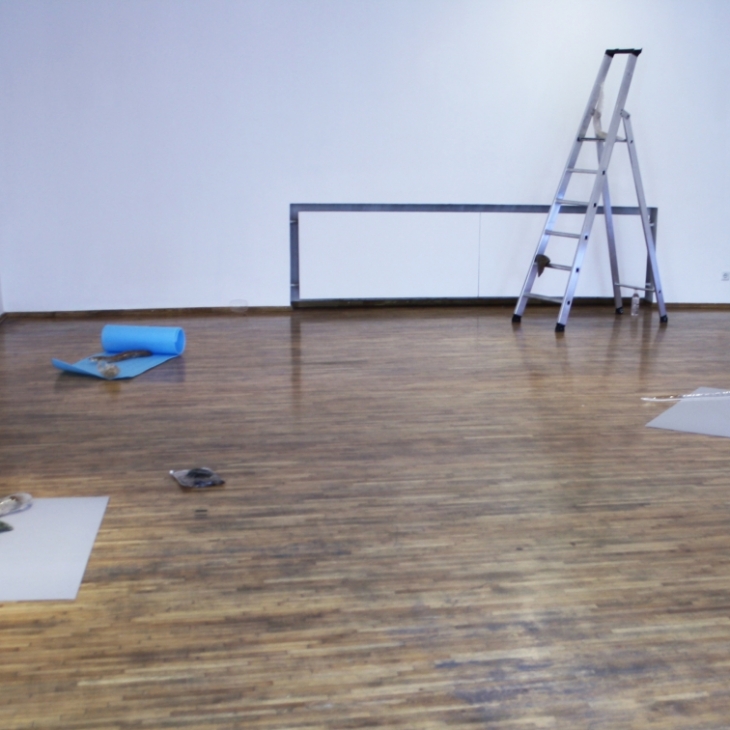 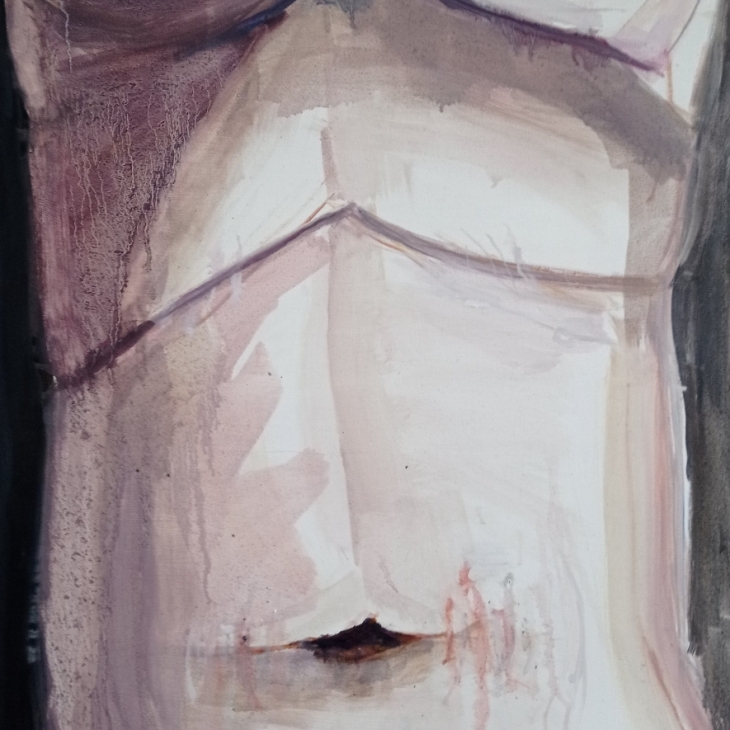 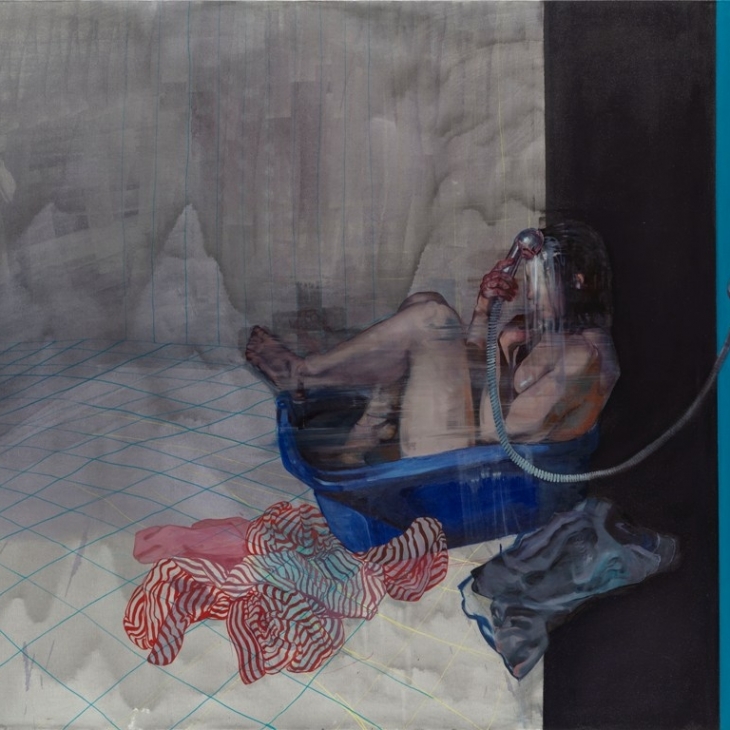 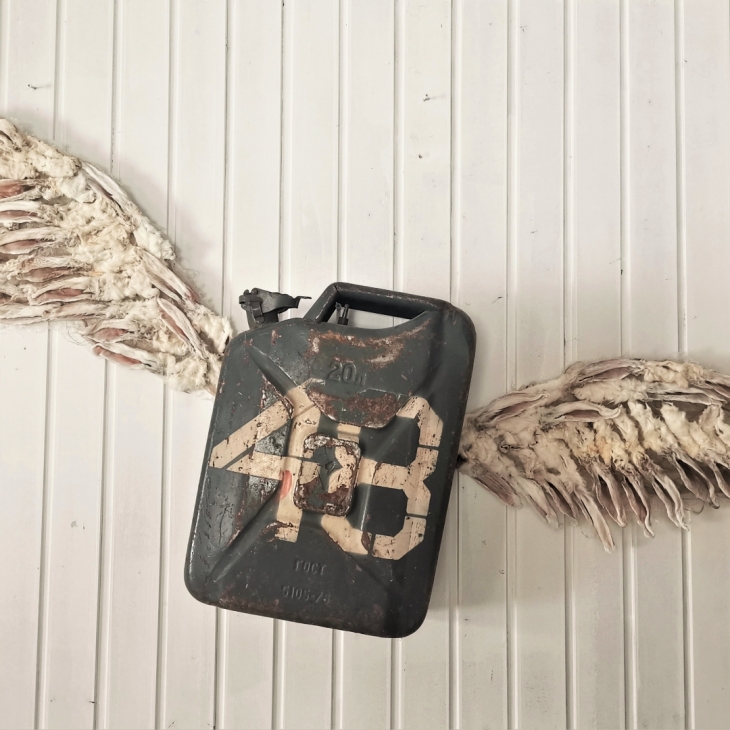 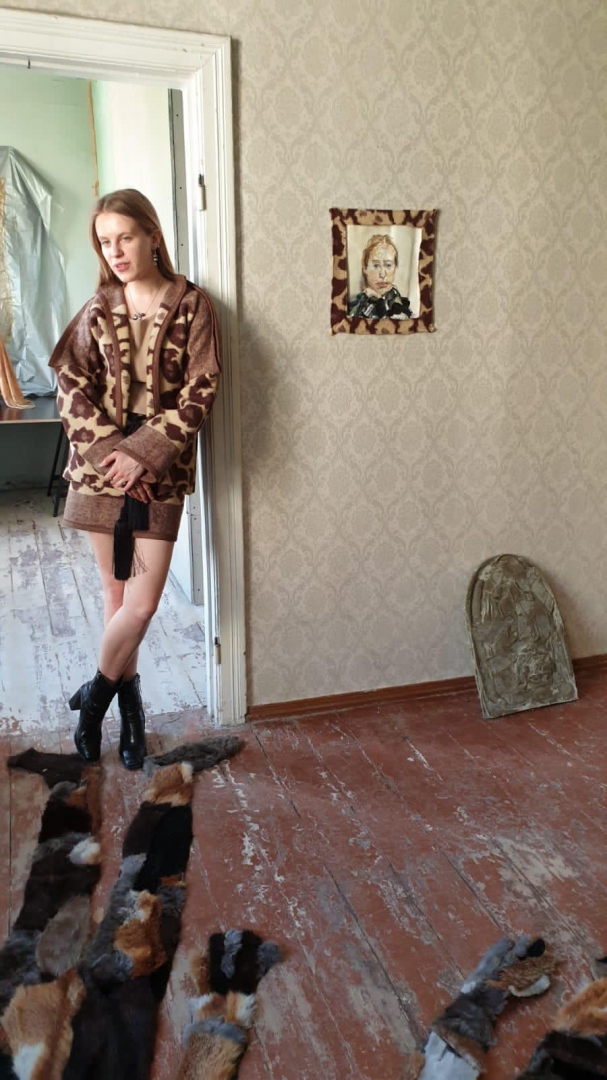