In Riga Last Thursday altogether 13 galleries took part, so even the most enthusiastic visitor, could not make it to all of them. So we chose the ones that were special pop-ups for the evening or real must-sees and hope to visit other galleries the next time.

PILOT  “One night show” was a special event organised by the Art Academy of Latvia, among the other artist, the scandalist Kristian Brekte was also present.

Academy associate professor Kristian Brekte got sucked into this scandal by creating a mural “Dedication to Jamma Skulme” on Riga Secondary School No. 40, which rise the anxious question of censorship in the Latvian cultural world and as always, the work under question is just a tip of the iceberg, where the opposition has started blacking campaign against the artist. As the election is coming these oppositions are used as political tools to get votes.

The academy has started a campaign #teambrekte, putting out big posters in front of the academy and making statements about censorship of art and culture that cannot be tolerated in a democratic society. Coming back to “One night show” exhibit – the academy participates every year in the Art Vilnius art fair with students, recent graduates and teachers, and this was a special sneak peak of what will be presented this year. The list of artist are the ones to keep an eye on also in the future: Amanda Krūmiņa, Miķelis Mūrnieks, Ieva Dzelde Mierkalne, Kristians Brekte and Rūdolfs Štamers. 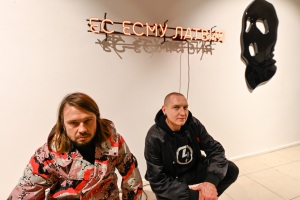 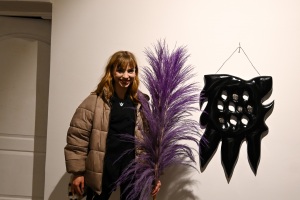 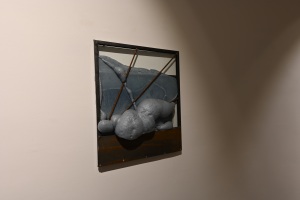 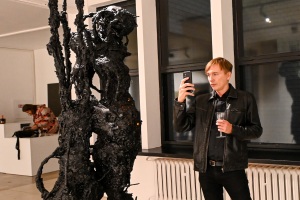 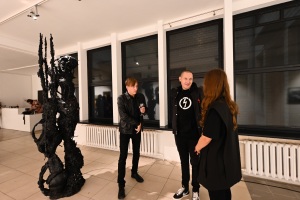 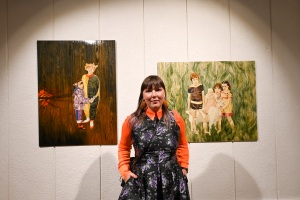 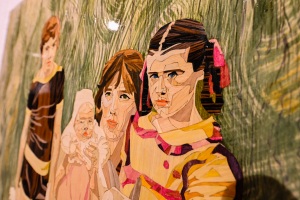 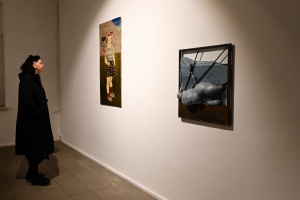 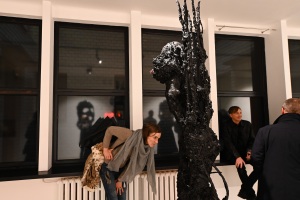 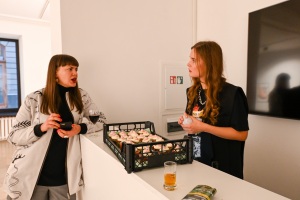 One of the best-known galleries in Riga Māksla XO galerija represented artist Sandra Krastina exhibition “One Single Unit”.
Charismatic gallerist Ilze Žeivate can spot and present the hottest names of Riga`s art scene, they are also the gallery that participates in international fairs. 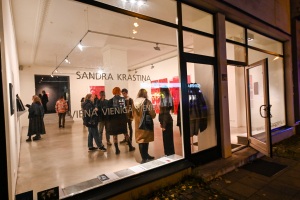 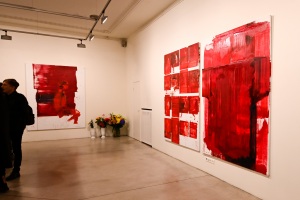 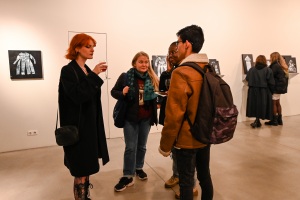 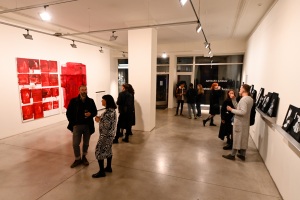 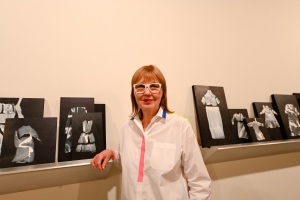 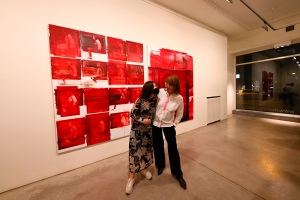 Behind the Last Thursday event was M/Gallery, organised by Elen Šalina. The gallery itself is quite new and because of eclectic corona times, the gallery may have been a little bit off the radar. Gallery/bar welcomed with a very cosy atmosphere. 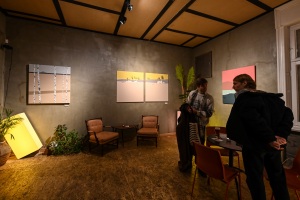 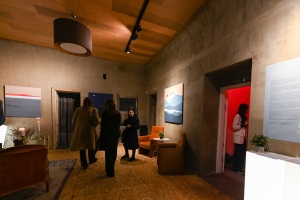