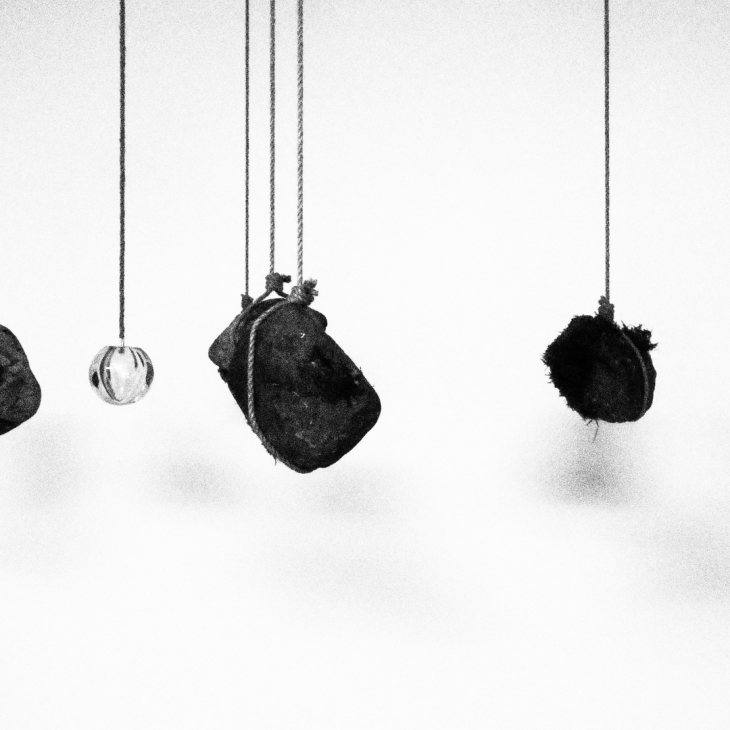 Stone, rope, blown glass bubble Master’s work “Leavings” is a dual topic that examines the (non-) existence of two people on the issue of suicide. The idea of the artwork is supported by personal experience and an attempt or suggest for the persons of the same faith to diminish the self-isolation and expand this limit spoke topic, which is very necessary both for the suicidal persons and those who have lost someone by it. Thus based on this type of experience this distorted, awry, and strained image one perceives became visually presented and examined subject. The conversational symbol of the current “contact” between the dead one and his fellow one becomes the rope. When the connecting thread between two people has thinned to the thickness of a rope, it is both a direct symbol recounting the event and a thread that unilaterally pushes the thought, preventing the one to see the rest of world around him. The stones hanging on a rope tied to a hanger knot are an aggressive sculptural installation intertwined with reality and metaphor. The stone, as an abstract, primary form, was chosen to tell the identity of the suicidal person – as becoming nothing to himself and a difficult, dangerous, heavy memory for his loved ones. When the stone is in its untouched / non formed form, it seems to suggest about the width of the perimeter of its possibilities, simply as becoming an object formed by an idea. However, all these possibilities, both from the other side (death) and from life side, become fruitless when the body, which in this case is symbolized by the stone, becomes no longer affected by any factors operating its functions. All possibilities, plans, and sensations are strangled, written off in a few moments. A glass bubble emerging between heavy, massive boulders of stone conveys a constant tension felt by person who has lost someone. For glass fragile physical form, as well as for the emotional state of person, the weight of these hanging memories next to it at any moment threatens the possibility of breaking the remaining peace of his consciousness. Also, the contrast between glass and firm solid stone material speaks to the viewer of the one’s conflicting feelings, perceiving his experiences as unusually complex in regular day life and possible misunderstandings by trying to share them to other people, thus creating an additional fear of mismatch leading to even greater self-isolation. Notably, the glass bubble does not hang on the hanger knot, although it is surrounded by a suicidal environment and is a very strongly exposed under its influence, with even possible thoughts of suicide, it still belongs to life. The creative work indicates the burden of emotion, the strength of the event that affects the perception of the environment, and the non-aesthetics of the image. The primal form of stone is defined by the immutability of the current situation, the inability to look trans formatively at the environment, and the attachment to this immutable and dysfunctional symbol of the person existing only in the past. The question of priorities is left open, in which time the living person realizes his consciousness. The work is not based on provocation methods or its pursuit. Creation is based on a personal level that yet seeks to reduce the lonely walls between people with hidden emotions, to recall the temporality of both existence and grief, hoping that the listener will hear the suggestion not to get stuck in a period of stagnation, and not to forget that even if its duration has expanded, it is not eternal. Video presentation: https://www.youtube.com/watch?v=iTZluthMGpE 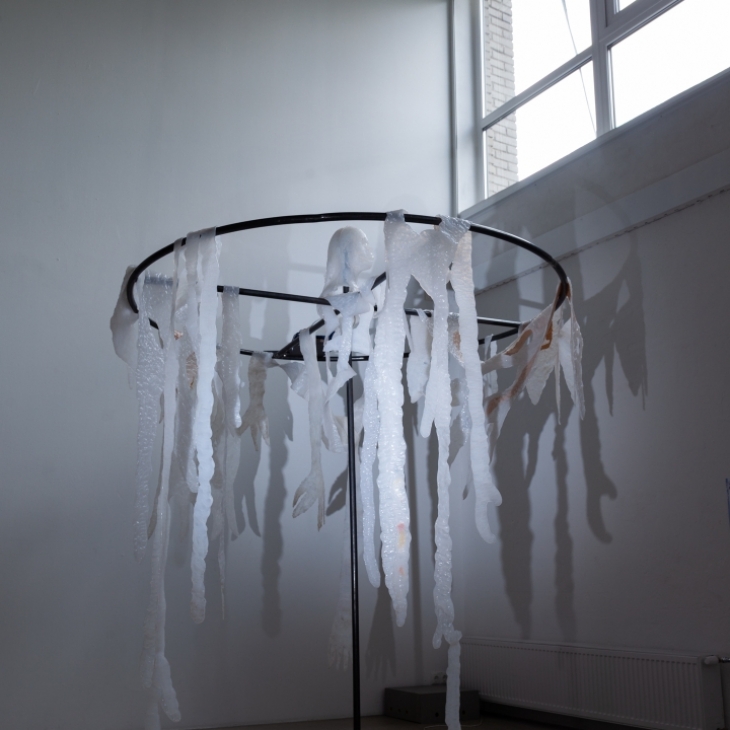 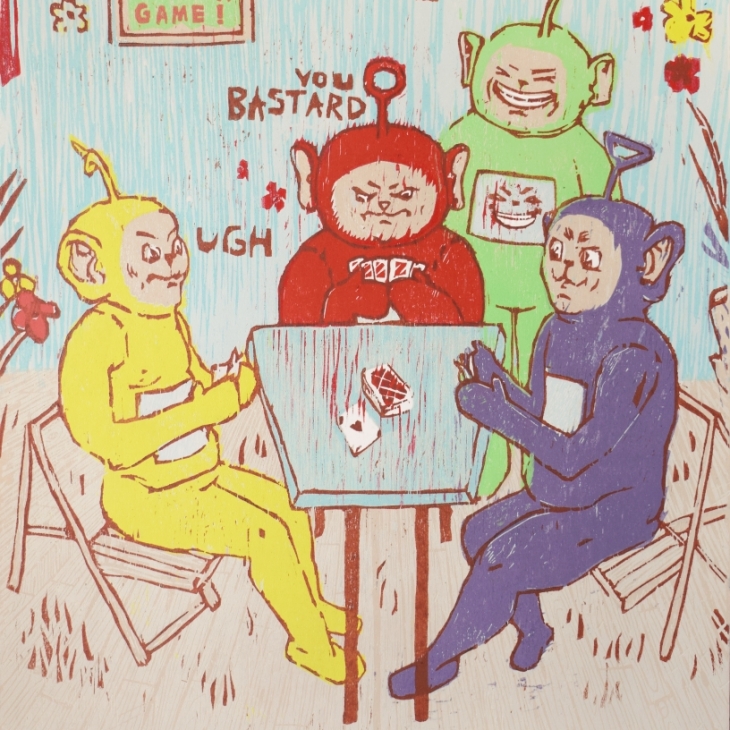 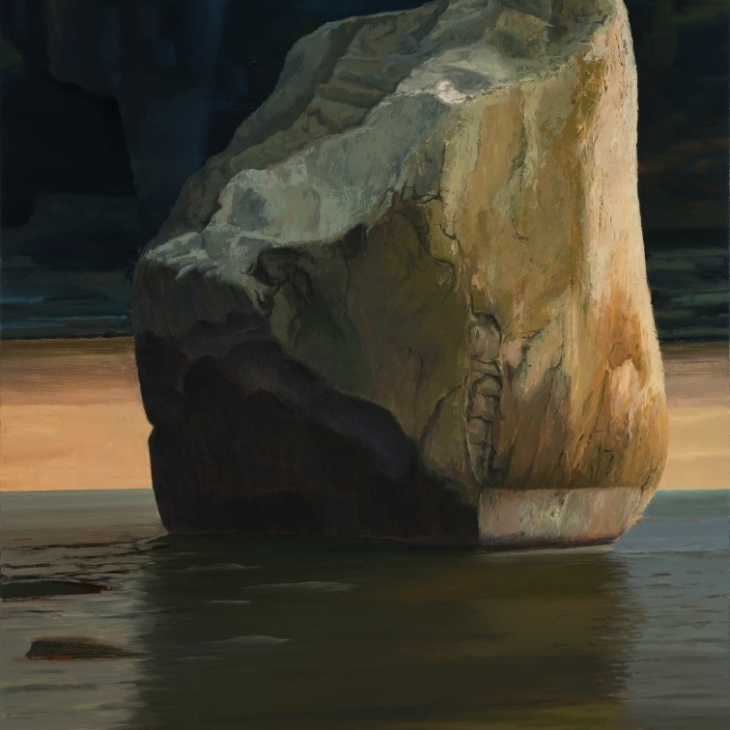 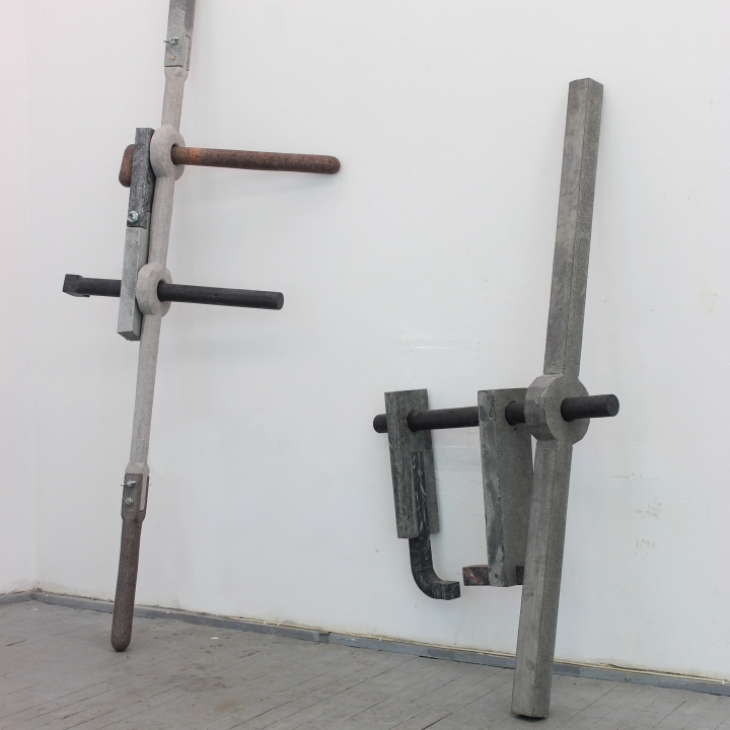 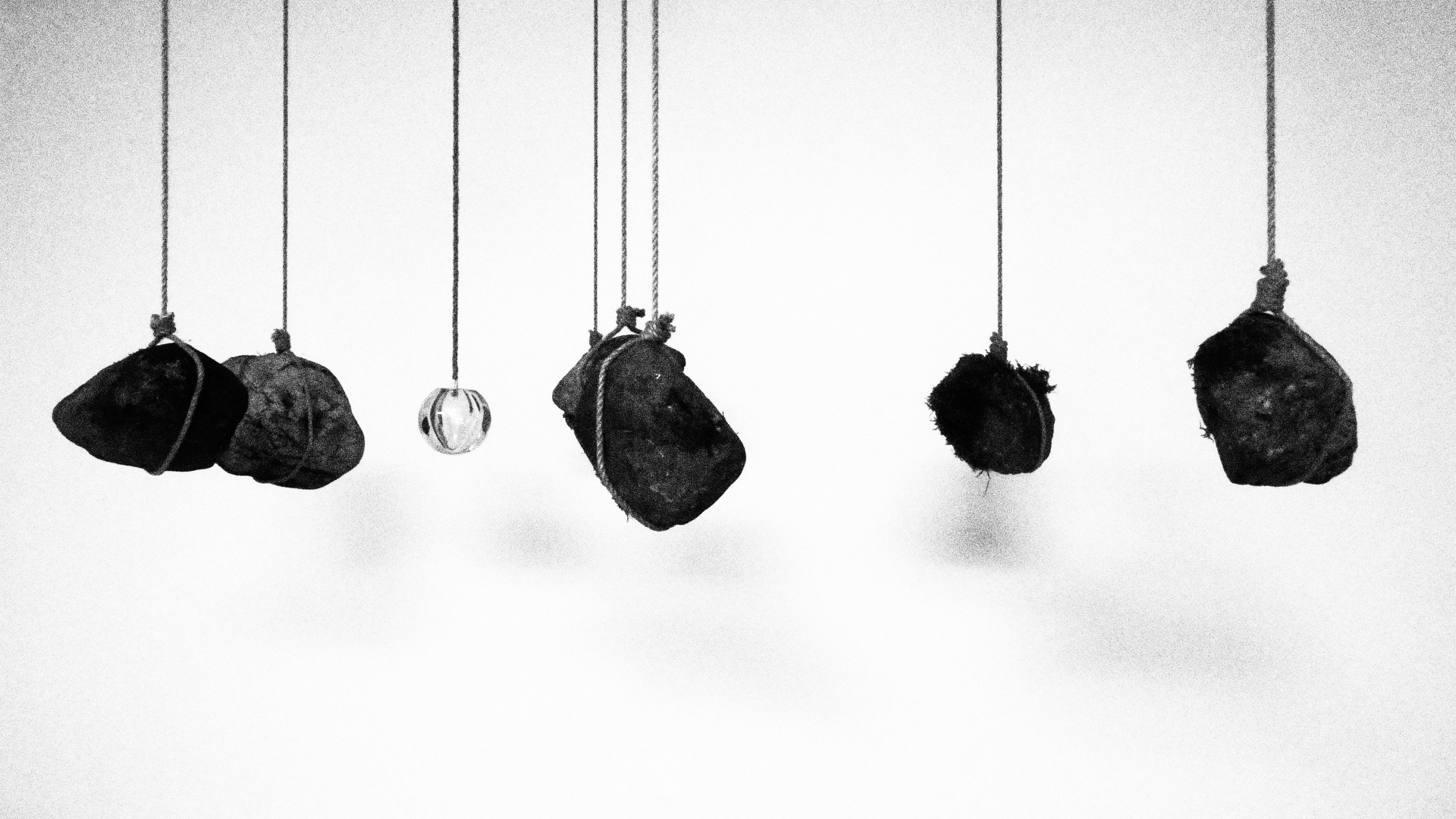