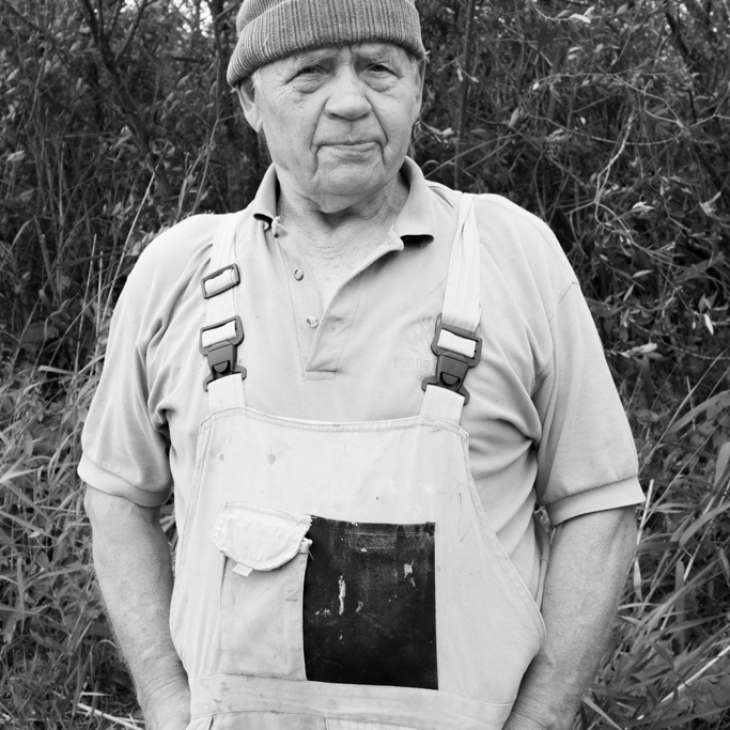 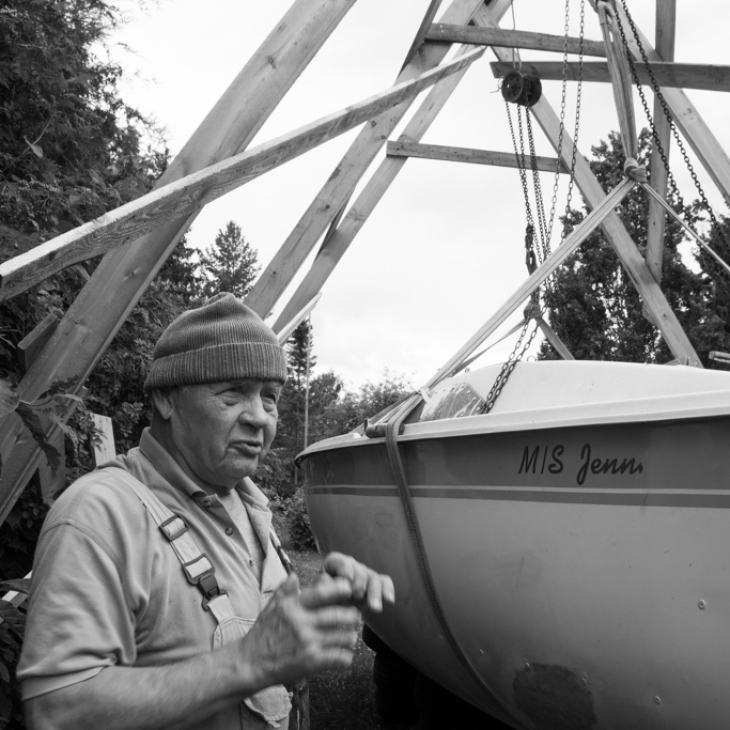 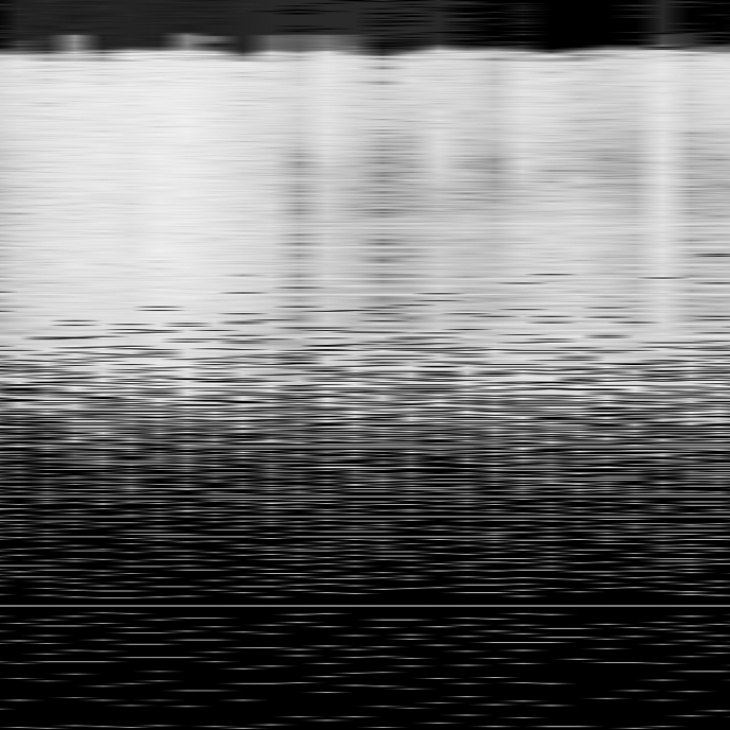 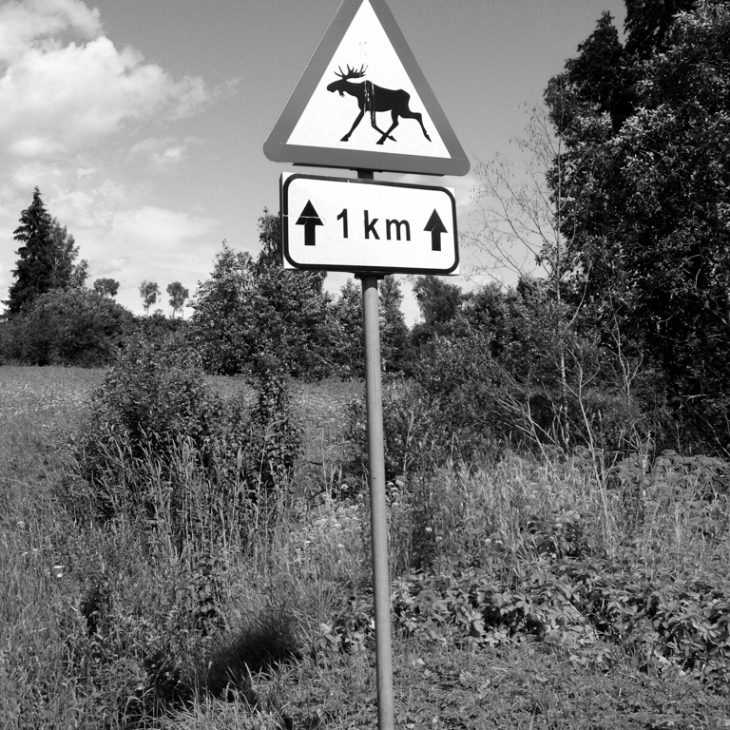 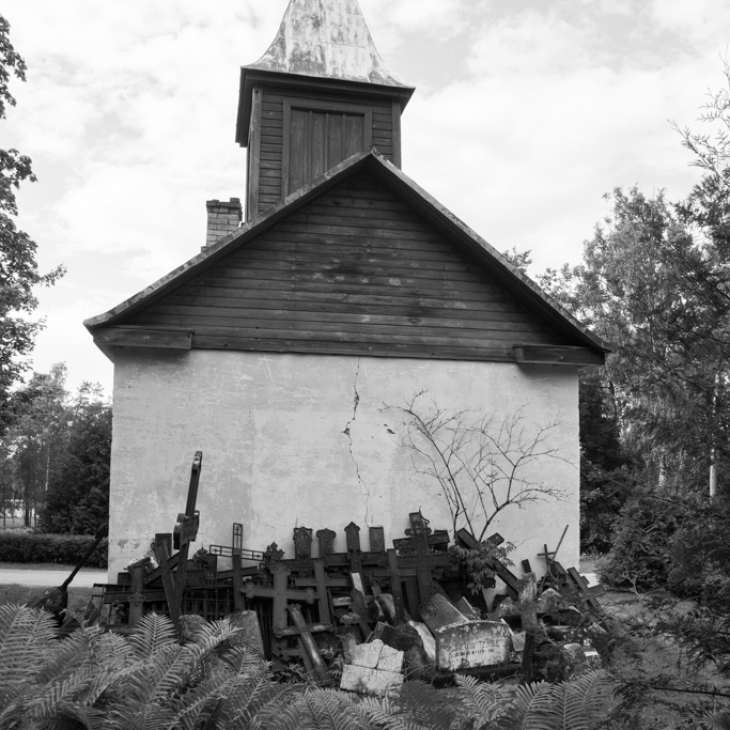 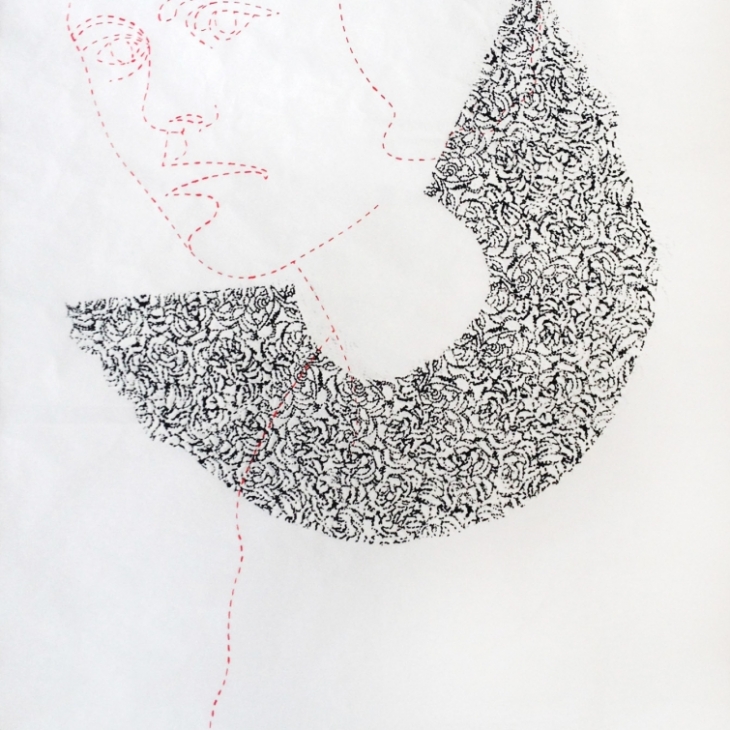 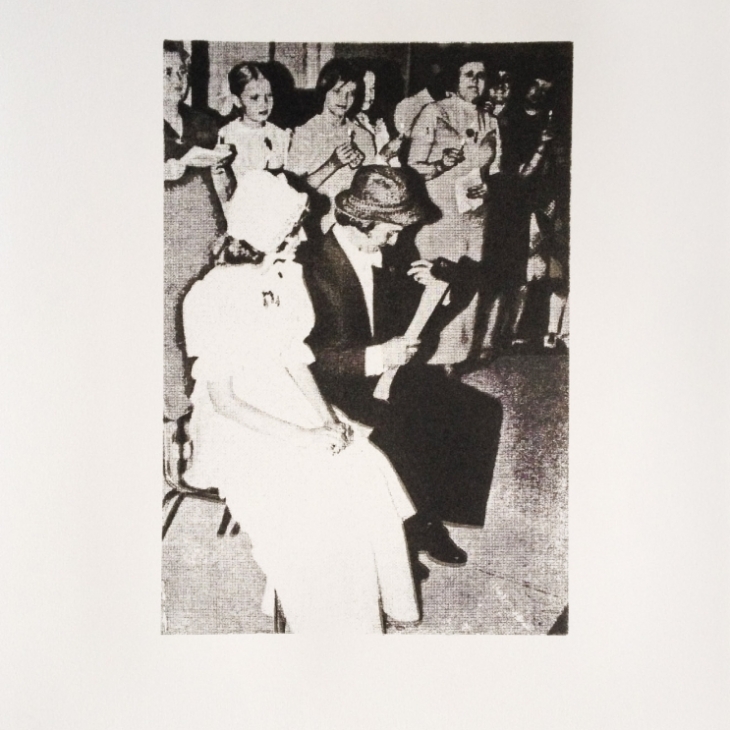 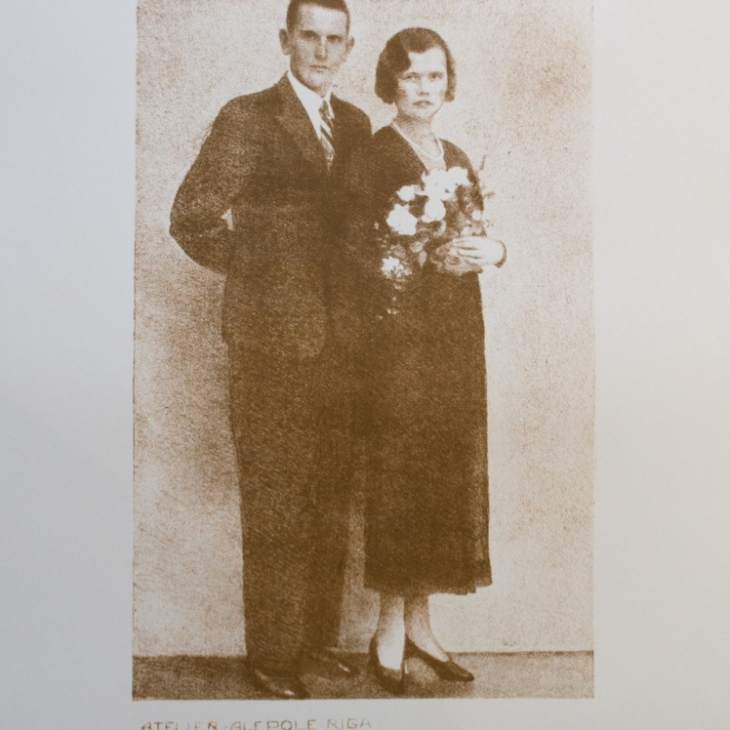 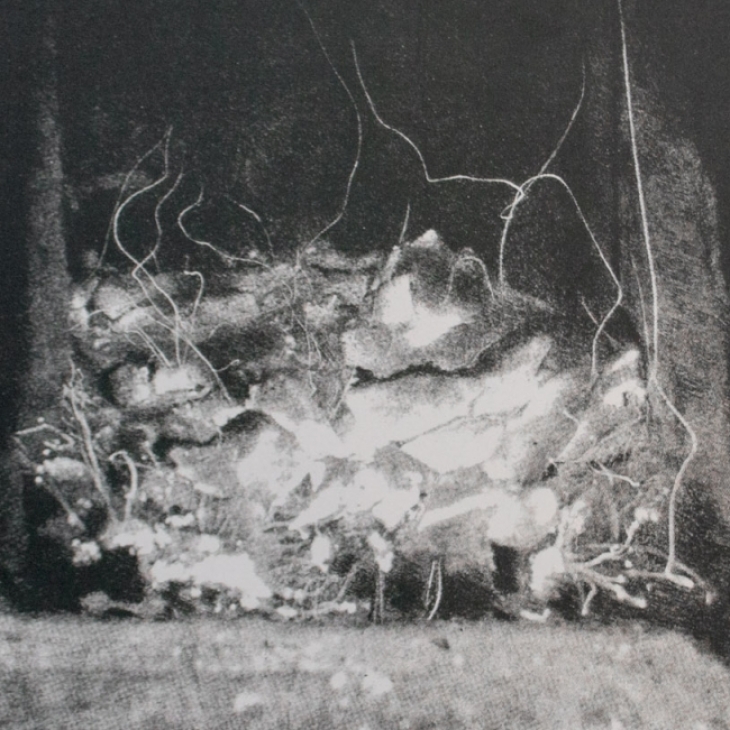 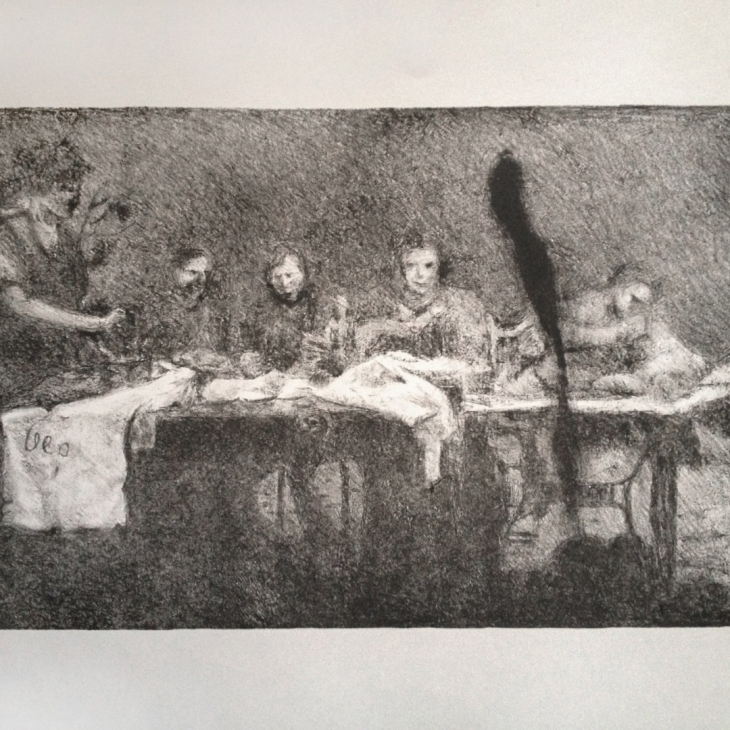 “How I went to discover my great-grandfather`s native land.

My great-grandfather, Leno and David’s son Juhan Jurss was Estonian. I have never met him, however, the legendary stories of the boat master, his life and his home with the nostalgic name “Memory” have inspired me for almost all of my personal exhibitions.

Last summer while preparing an exhibition “Soil Sounds of Latvia. Aluksne”, we spent several days with my mother in Estonia to go to the Viru area, which, according to the stories, is the native side of the Jurss family. We did not know much about it unfortunately so we decided to go, wherever our nose pointed and trust our intuition. We spent the previous evening writing down stories of the memories, it was very close to the place where the house of Juhan was built. It was a misty summer evening and it felt like our ancestors were roaming in the dewy meadows and in my thoughts I asked them to help…

Aluksne is an Estonian frontier town, therefore, we got to Estonia in no time. Small, well-maintained wooden cottages, beautiful countryside churches. Although the weather was chilly, the neighbouring land created a bit of an euphoric feeling – perhaps because in my unconscious mind I thought: maybe this is exactly where our ancestors came from. We took a picture of a road sign with a moose. In Latvia, another beast warns us about the forest animals – the deer!

One more sign of Estonia’s hospitality are the small forest houses built by RMK or the Estonian State Forest. When, a couple of years ago, we incidentally visited one of them near the Sirves Lighthouse, we were very surprised that all of this is available to the people for free! Before the journey, we explored where they are available on our planned route. The green hotels felt like a paradise – firewood that was brought in by the woodsman, blueberries, cranes and the feeling that time has stopped for a while.

Due to the large number of lakes in the Voru area, we thought that the skill of making Juhan’s boats was most likely obtained right here. Perhaps Juhan’s parents, Leno and David, have found peace in the ancient cemetery? However, the cemetery told us more about the living rather than the dead. Have you ever noticed it? A picture of the sewing machine “Singer” was placed on one of the gravestones. My grandmother Olga – the most outstanding seamstress of all time – would have liked that!

We smiled at each other and drove along a different road than we had intended. We laughed that something was “pulling” us to one side – Rouge. Only later, after the fateful meeting with Heiki Toots, we found out that our ancestors might come from this area… We wanted to see the miraculous Peipus with our eyes, so we went to Mehikoorma. Having arrived at the destination, we did not know how to get to the lake. At the bus stop, a small bunch of young people clattered, and a man came up to them who looked like a local fisherman. We asked him and he kindly let us enter the car in his yard. We got introduced to Heiki Toots, who built a summer house next to the ancestral house. He showed us Peipus and told us about his hobby – restoring boats and small yachts – then he invited us for coffee. We talked about our Estonian roots, Juhan Jurss and we joked that we might be relatives! What a surprise when, shortly after returning to Latvia, Heiki called us and said that it was probably very distant, but the branches of our family tree are crossed, he had found this by researching the “geni” website. That was the biggest gift of the last summer – on the very edge of the world, a person who we happened to meet, gave us our long lost Estonian relatives.

This summer we are getting ready for another journey. We want to stay in Rouge for a while and keep looking…” 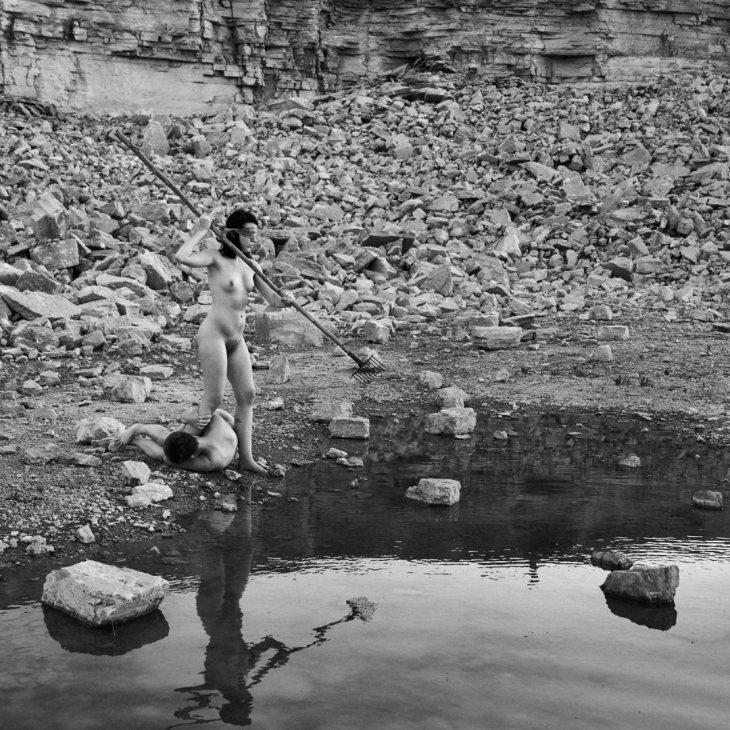 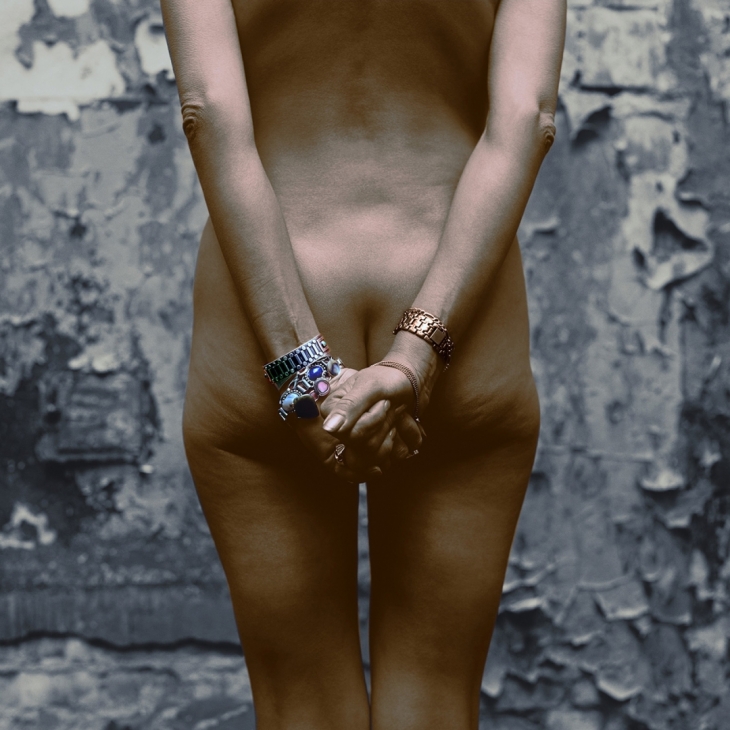 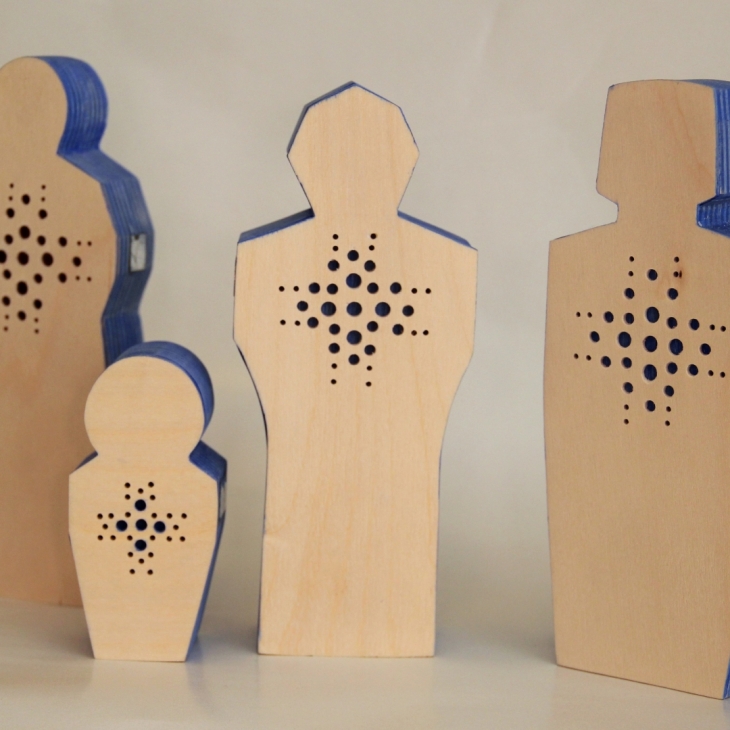 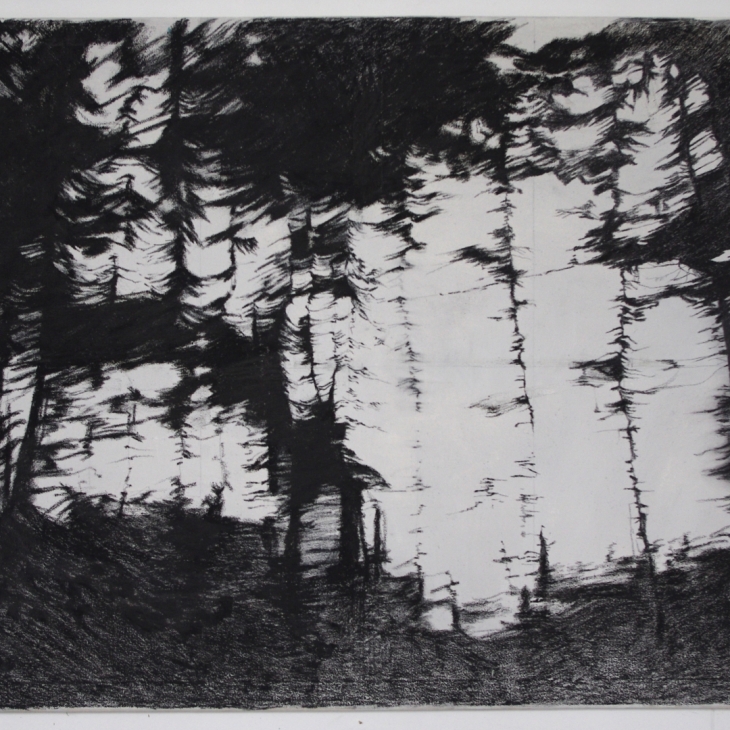 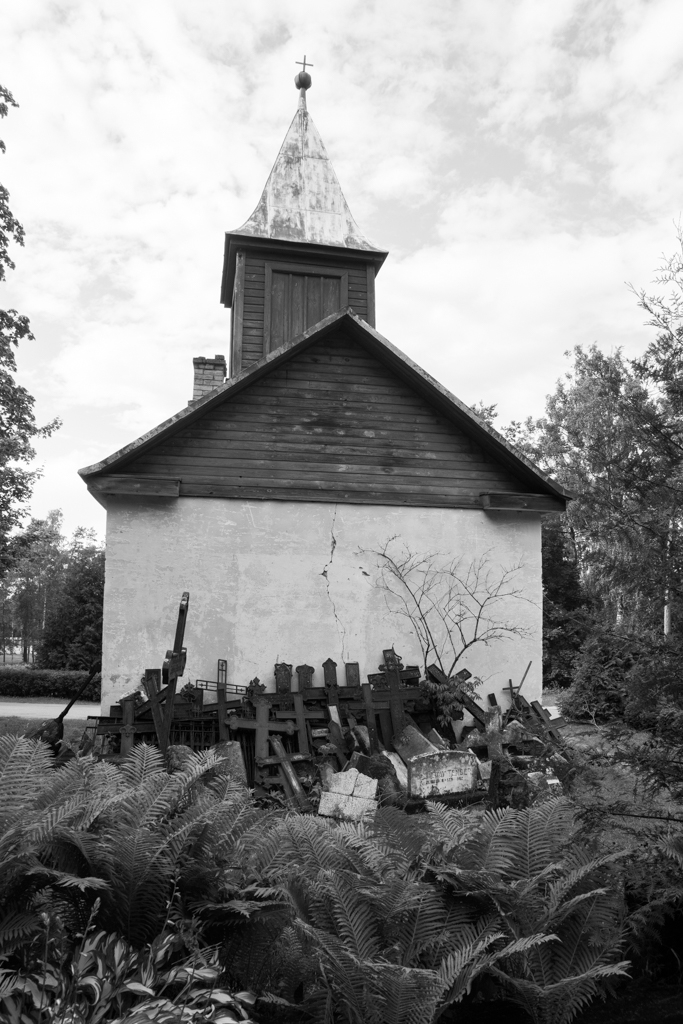