“The Garden of Emoji Delights” is Gannis’ attempt to mash up popular historic and contemporary sign systems and to diversify and expand the emoji lexicon in the process. The speed at which technology is currently developing is indicative of the fact that biological organisms and the environment are irreversibly changing. In this light it is exciting to discover how easy a fit the visual language ordinary people use today is with the symbolism employed 500 years ago by visionary artist Hieronymus Bosch. ‘The Garden of Earthly Delights’, one of Bosch’s most ambitious works, embodies the conflicts, humour, darkness and absurdity of human, earthly and cosmological conditions. Gannis’ boldness in splicing Bosch’s creation with the modern language of emojis serves as both parody and critique.

Carla Gannis describes the way she works: “Sometimes my musings touch on human tendencies, ideologies or social constructions that have ultimately not changed for centuries, while at other times my mash-ups speak to what has changed culturally as a result of paradigm shifts, technology and cultural revolutions.”

Pixy Liao’s exhibition ‘Your Gaze Belongs to Me’ points the finger at the stereotypical gender roles in modern society through a quirky prism of humour. Born and raised in conservative China, the artist never felt comfortable in the traditional role of a woman whose primary concern is to take care of her home and family. 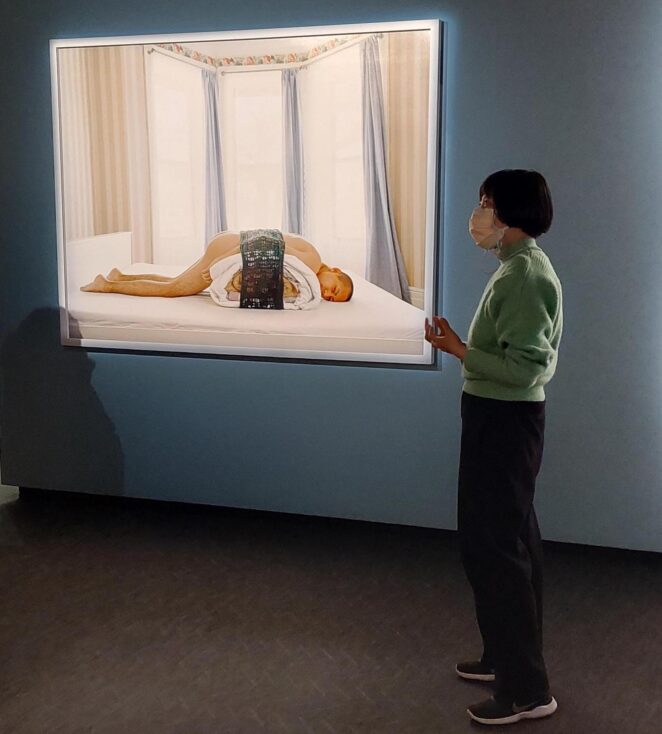 Liao’s project was inspired by her friends’ surprised reaction to her Japanese partner Moro, who is five years younger than the artist. Moro became her muse, with the artist’s photos soon portraying the alternative dynamic between the couple. Viewers are very unlikely to be left on the fence by Liao’s work, the emotions it elicits stemming from the viewer themselves, be they confusion, joy, amusement, repugnance, surprise or validation. With her work, the artist is not just breaking down gender roles, but challenging other aspects of traditional heterosexual relationships that are considered the norm.

Maarja Loorents, the director of exhibitions at Fotografiska, says both shows represent an opportunity for viewers to step outside the lines. “Pixy Liao’s project forces us to think about how traditional gender roles have come about in society and how that shapes and affects us from the moment we’re born – much more than we might imagine,” she said. “Carla Gannis hints at the pre-eminence of symbols in the digital age, making bold use of the art of Hieronymus Bosch and blending the modern phenomenon of emojis with historical figures with playful ease.” 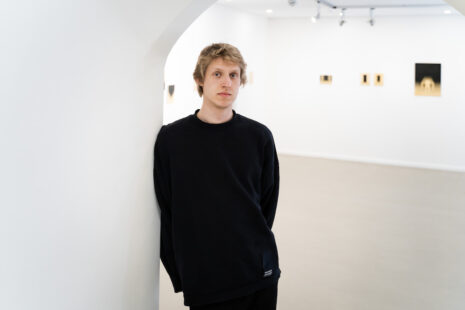 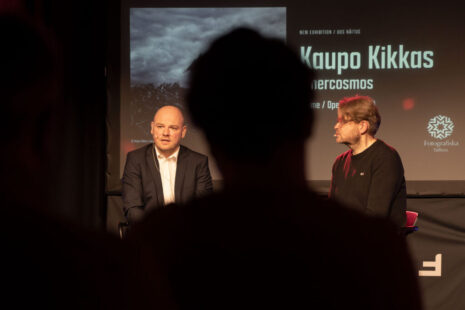 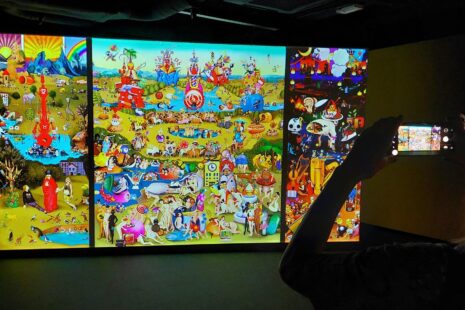