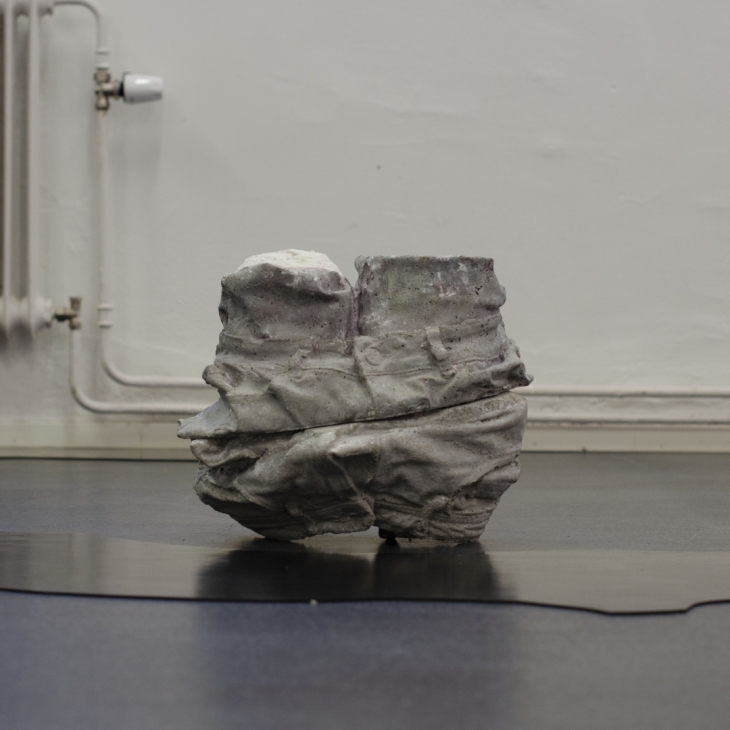 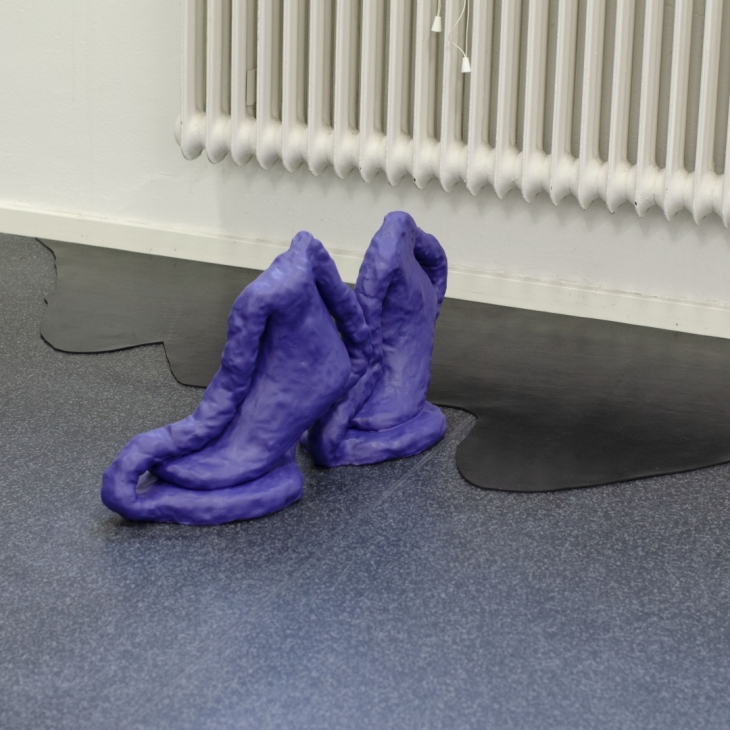 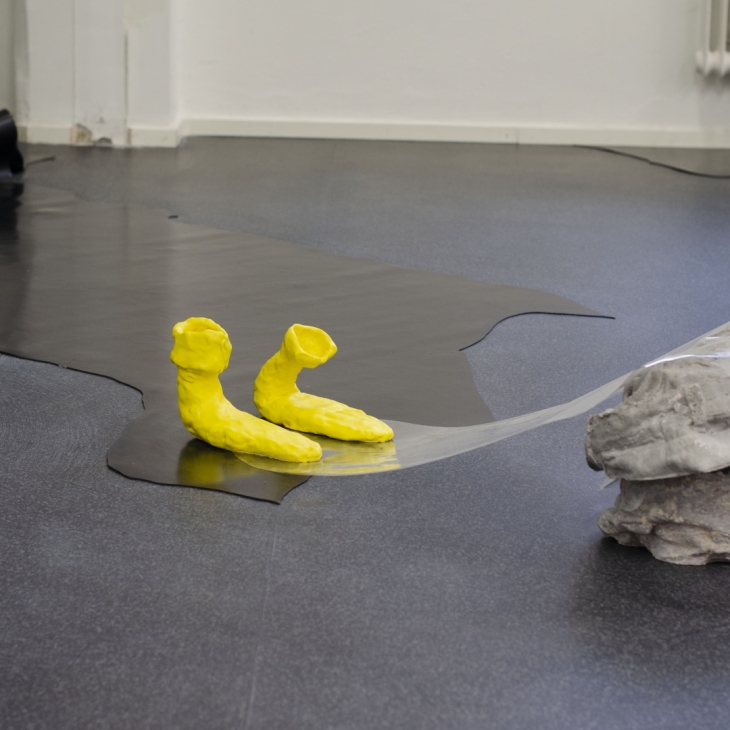 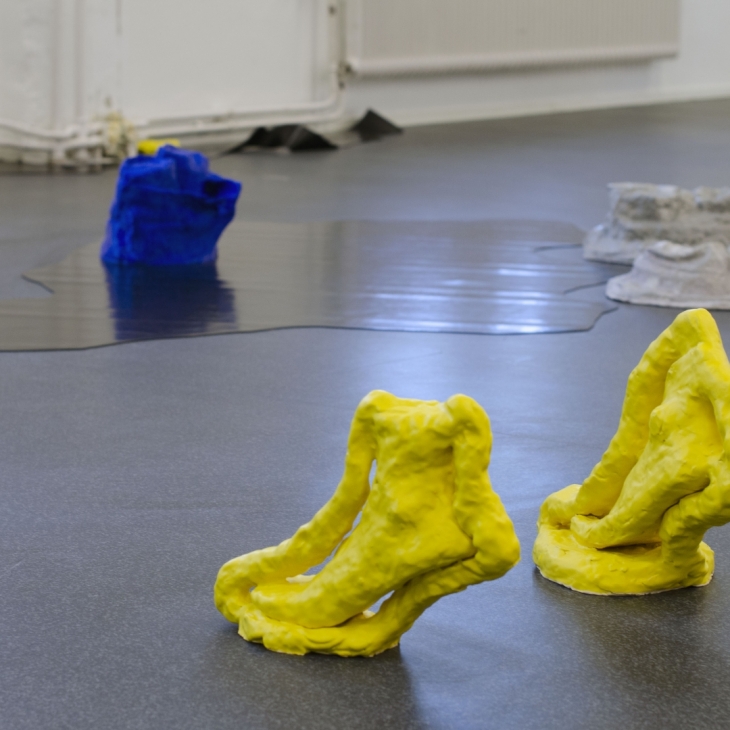 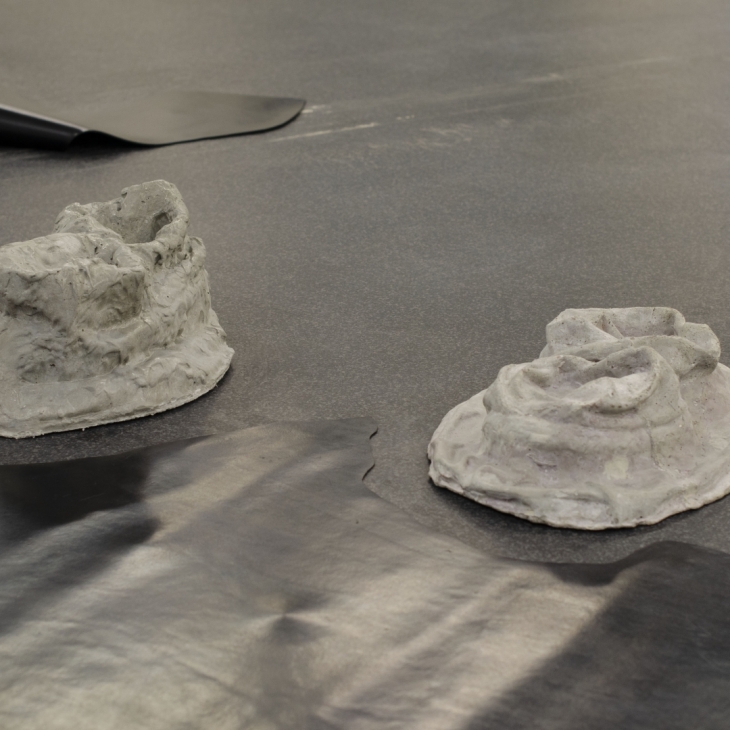 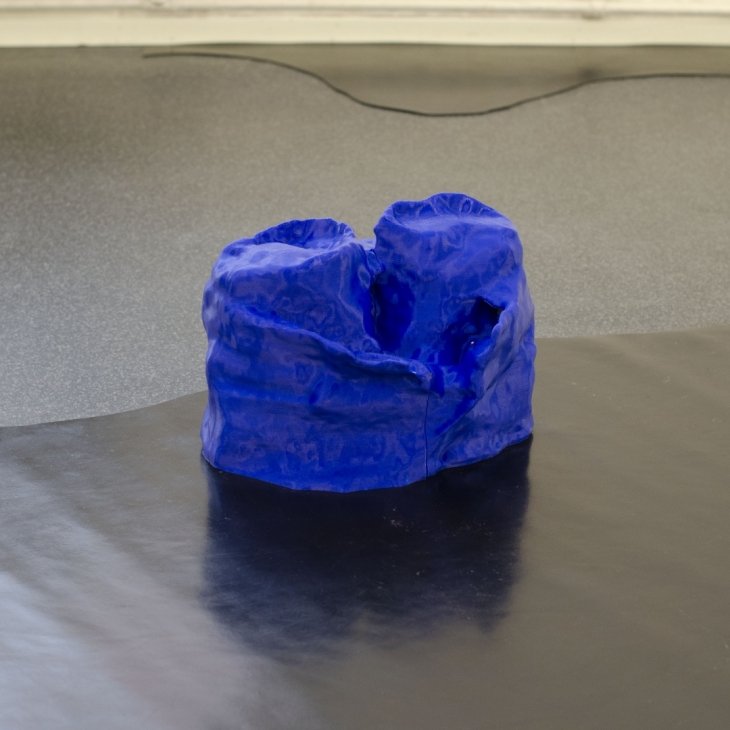 Members (yellow envelopment), in the front, 2020

By Sandra Schneider
Other
999x999cm
€980
Add to cart
Monthly instalments: from {from} per month

The work presented here is titled ”surfacing”, and it was exhibited as part of the annual master’s show of the Academy of Fine Arts Helsinki in 2020. The work comprised of a series of ceramic objects, concrete casts, a 3D print and plastic sheets which formed an installation together. All the pieces can also be seen as independent sculptures which could be shown separately as well.  The word ”surfacing” holds multiple meanings which contradict each other in terms of imagined movement; ”to surface” means to coat a surface with something, hence hiding it away, pressing it further away from any possible direct contact. On the other hand, ”for something to surface” means for something to come into sight, to appear from under a surface and emerge on the same plane the viewer is inhabiting. This double-movement acts as an entrance to interpreting the work, which essentially revolves around the themes of touch and distance, and how they don’t necessarily oppose one another. All objects are made by something pressing against something, by things touching. Sculpture is about touching things with things, letting materials touch each other and be in contact.

“I have attempted to leave some of this manifest in my works whilst simultaneously staging another instance of touch or only-just-having-touched. I used this double-movement of implicit and explicit meaning-making to see how distance (pointing away, figurative form, obscuring materials) and touch (pointing to oneself and to oneself having come into being) work together, if they do. What is being communicated in the end? What does the human eye discard? I am not deliberately trying to induce any specific feelings or reactions in people who may view my work: I have made ”surfacing” with great curiosity. Having said this I must however add: if my sculptures arouse the desire to touch in the viewer, it means the viewer has been touched first —from a distance — and in these cases I have succeeded.” burger
By Sandra Schneider
Other
€980

Film Study
By Sandra Schneider
Other
€980

Pool
By Sandra Schneider
Other
€800 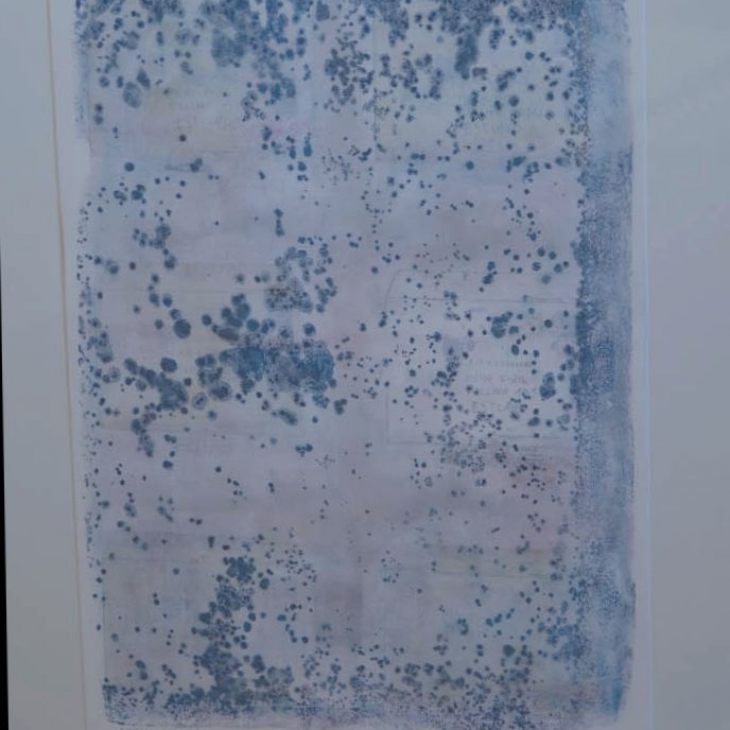 Heaven’s Tears
By Kelli Valk
Other
€600 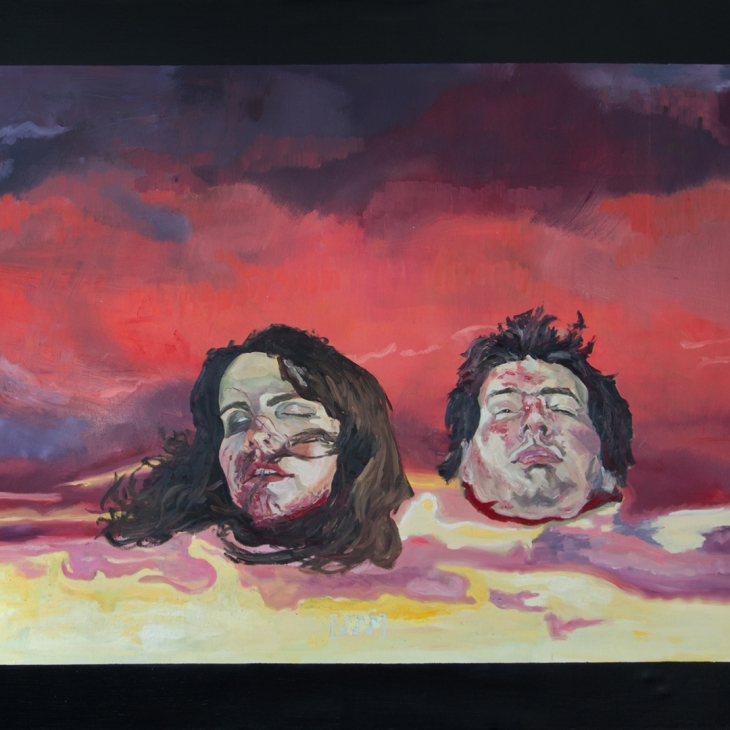 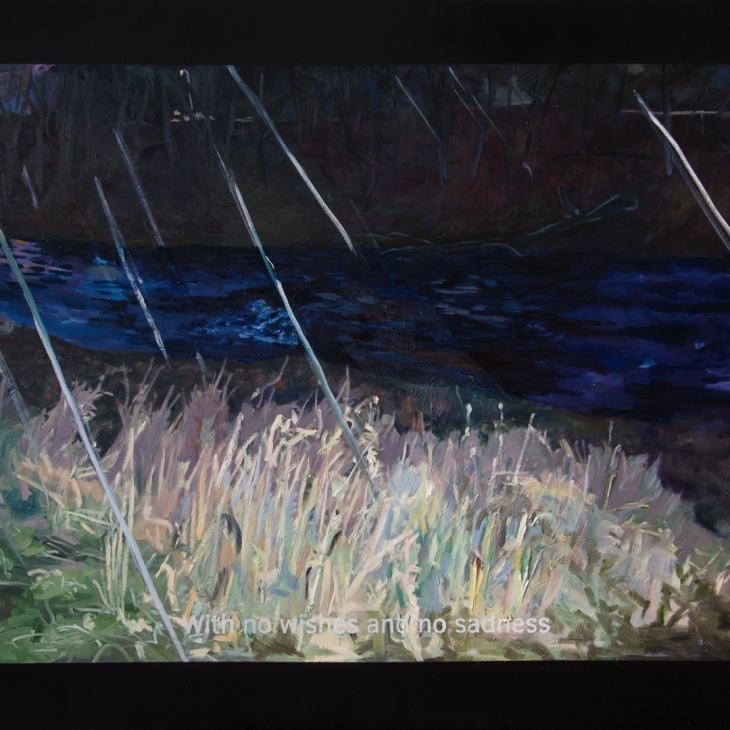 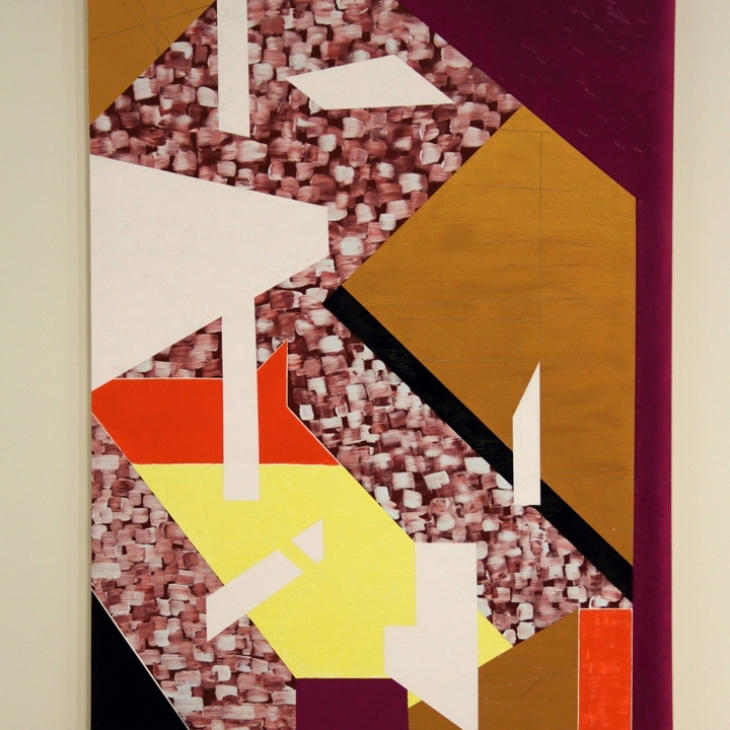 Half Integer Spin
By Brendan Moran
Other
€2500 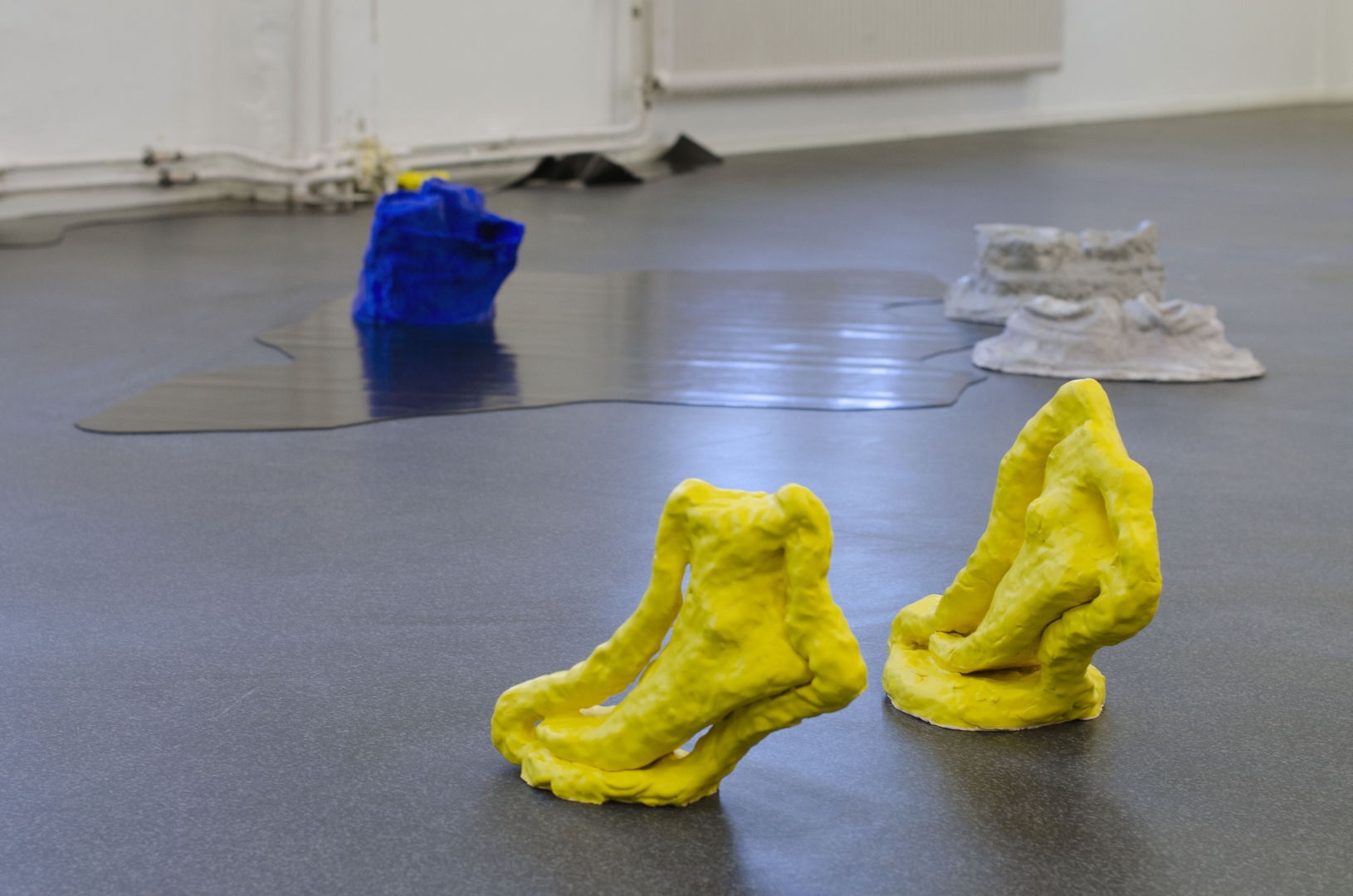