In an interview for Helsingin Sanomat you said that you hope visual arts students will use the new facilities longer than they used Ateneum where the Academy of Fine Arts used to be housed, too. Besides that, what places have been a home for the academy and its predecessors?

There have been several temporary places and premises. After Ateneum the Academy of Fine Arts moved to an old school building that was an old girl school from the 1880s. Then the school moved to a former central bakery run by a cooperative movement. Before the Academy moved in, the bakery premises were rebuilt for the use of an art school. Before moving to Mylly, the Academy of Fine Arts inhabited a former telephone company’s headquarters for the last six-seven years.

You can see that our way to Mylly has been long and the journey has been complicated. We are very pleased and grateful that Mylly building is ready now, but it is also understandable that the expectations around Mylly have been high and there is still a lot to do in terms of how we can make the building work in the best possible way for our students and teachers. 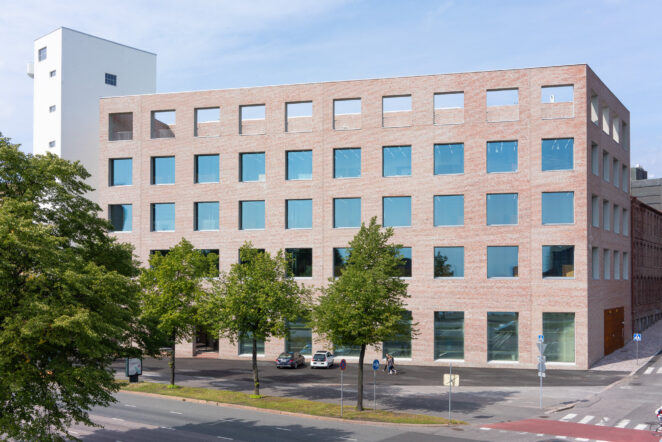 Considering that none of the buildings would be eternal or at least eternally used, how many years would you predict for a new building? Was there an estimated period of operation included in a project?

Ateneum was built in 1887 and it was used as a home for an art collection and as a home for an art school for almost one hundred years. Today, after a total renovation in the 1980s, it has worked as the Finnish National Gallery. Against this background we can wait a relatively long life also for Mylly. At the same time, it is worth being aware that our society and art along with it is changing rapidly and also the facilities that are needed for art education might change in a way that we don’t know yet.

The central architectural idea of Mylly is that it is easily modified. The building consists of basically two elements; a large and high lobby and more private spaces that go around the lobby. To answer the questions let’s say: one hundred years is a relatively believable estimated time for Mylly as an art academy. However I must admit that I have not heard any official assumptions about the estimated period of operation included in the building project. 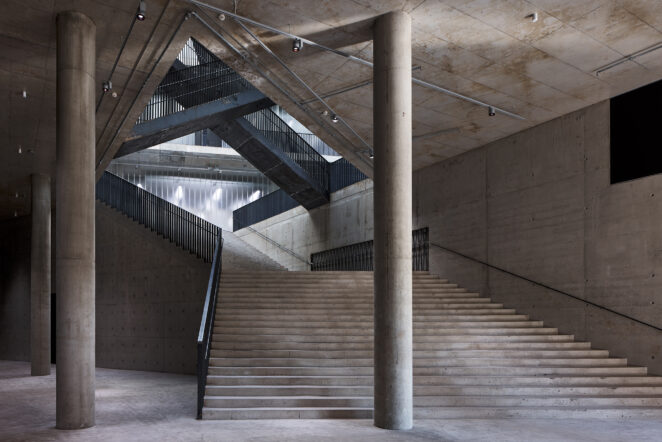 Academy of Fine Arts is located in an area called Mylly (the Mill) that includes old protected parts like grain silos with six floors. How interesting! Please tell us a bit more about the history of that part!

Yes, that is right. The grain silos are really an extraordinary space, the high and solid building mass has been a real landmark. The silos were built between 1940—41 as a State Security Reserve. Originally the silos were much larger and only one eighth of the building remains today.

The name Mylly comes from the fact that beside silos, in the place of the new Mylly building, there has been a mill house that was called the Helsinki Mill (Helsingin Mylly). The silos are one of the listed building parts of Mylly. The second listed part is called Lindqvist’s house, and it is located on the other side of Mylly. The name Lindqvist’s house comes from the architect Selim A. Lindqvist who planned the brickhouse, and it was erected just before the First World War. 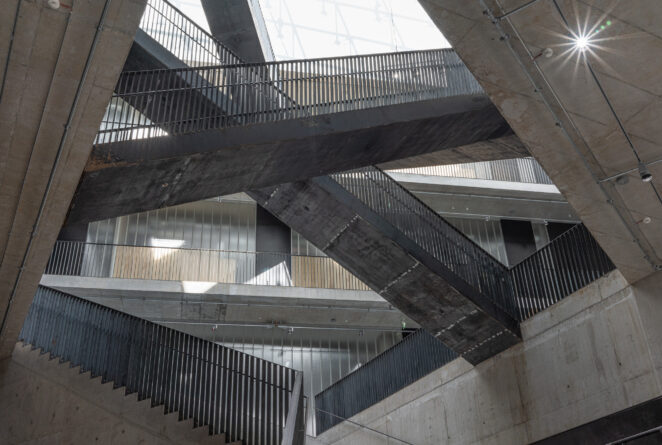 Surrounded by old industrial buildings, concrete surfaces, grand stairs, roof windows, open spaces and lots of light – if you would compare the new building to an artwork or artist from Finnish art history, what/who would that be?

I don’t know if any good examples come to my mind from Finland or Finnish art history, but two examples have come up frequently in conversations with different people: firstly Harry Potter’s Hogwarts Grand Staircase and secondly images of staircases that lead nowhere by Giovanni Battista Piranesi. The resemblance between them and Mylly’s staircase is apparent.

When looking at the photos I can see similarities with the new building of Estonian Academy of Art that is housed in a renovated factory next to the railway station and former working class quarter, now a modern „hipsterland“. Have you been there and what are your impressions?

Yes I have visited it, but only once, a couple of years ago. In my recollection the school has a wide range of spaces and it does not have such clear a plan and open lobby as Mylly has. But I can see the similarities, absolutely. However, the new kind of lively “hipster area” (if you like) that surrounded the EKA premises was of course something very memorable and special. And I hope I will have a chance to visit the school again soon. 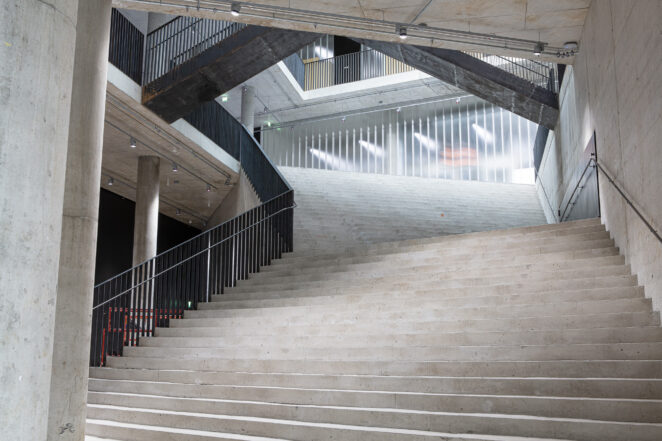 The University of the Arts Helsinki includes three academies – the Academy of Fine Arts, Theatre Academy and Sibelius Academy – that are now all under the same roof. Which kind of synergy does that bring?

That is not really the case, because the University of the Arts Helsinki now has two campuses. Töölö campus and Sörnäinen campus. Sibelius Academy operates in the Töölö campus in three different locations and Theatre Academy and Academy of Fine Arts operate in Sörnäinen campus, under the same roof, since Mylly and Theatre Academy’s Kokos building are now connected. This means that we have many possibilities to work more together than before, and we also must make more collaboration since we have some shared facilities.

I think this situation allows us to work more together on many levels. And of course, we hope that in addition to new experiments in the arts, the collaboration will improve even the status of art in society in a wider sense. In addition to collaboration between the Academy of Fine Arts and Theatre Academy, we have many projects and courses that bring together students and teachers from every Academy, that means that we do collaborate also with the Sibelius Academy. I think every Academy benefits from the cooperation. 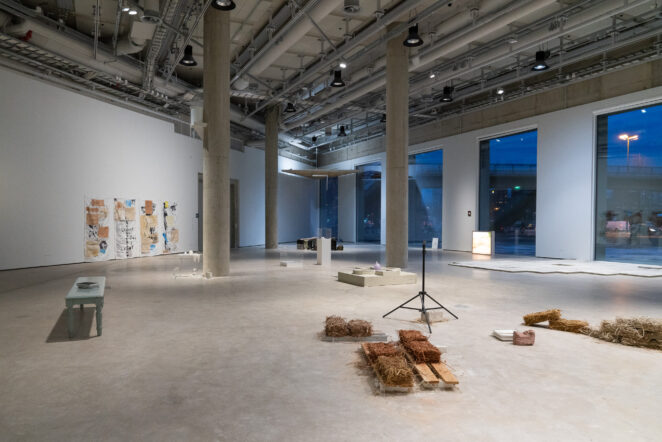 Sofia Haapamäki, your master student who recently won the main prize of the NBYAA contest this year, told me in an interview a bit more about the academy’s gallery space „Kuva/Tila“ for BFA/MFA degree shows. She said that „historically, the exhibitions are visited by various professionals from the art world, students and also by those who are generally interested in art and culture,“ but hoped that „with this new building, the exhibitions will also be visited by an additional audience of occasional visitors and those who are interested in the space itself.“ Which are your own expectations about the different target groups of the Academy of Fine Arts as well as of the whole University of the Arts Helsinki?

I agree with Sofia. People living in the metropolitan area and even beyond are certainly interested in Mylly as a new outstanding public building, and this brings visitors to see the premises and then also the exhibitions. Of course, we hope that our events like open studios and different exhibitions will bring people to our campus regularly and permanently. We also hope that in the course of time the whole Sörnäinen district will become a culturally lively neighborhood in Helsinki, and that the University of the Arts Helsinki is a core actor in the area.