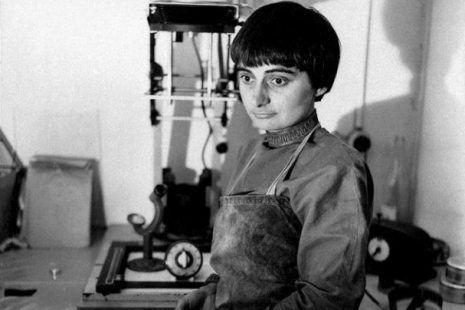 Photo from THE FINNISH MUSEUM OF PHOTOGRAPHY

Agnès Varda became a photographer after moving to Paris in the late 1940s. Contact prints from portraits, including commissioned works and photos of friends, testify to her meticulous directing while taking pictures. Varda worked with a Rolleiflex and folding camera. Some of her favorite subjects came from her home neighborhood, the 14th arrondissement of Paris. There Varda captured the area’s charmingly dilapidated streetscapes and its inhabitants.

Varda opened her first photography exhibition on June 1, 1954. The show was held in the courtyard of her home studio at, 86 rue Daguerre, an address that would soon to become mythical. Prints glued to wood panels were hung on the courtyard walls and shutters. Amongst the exhibition visitors were Varda’s friends and neighbors; such as artists including Alexander Calder, Hans Hartung, Andrée Vilar, and Valentine Schlegel, along with the photographer Brassaï.

In 2014 Agnès Varda and her daughter Rosalie rediscovered the silver gelatin prints from that debut courtyard exhibition. These prints will now be displayed in their original form at The Finnish Museum of Photography, accompanied by never-before-seen photographic plates and contact prints. The exhibition reveals a visionary, humorous, and sensitive photographer whose images foresee her long career as a filmmaker and artist.

Agnès Varda – My First Life has been curated by Carole Sandrin, together with Rosalie Varda and Sherine El Sayed Taih. 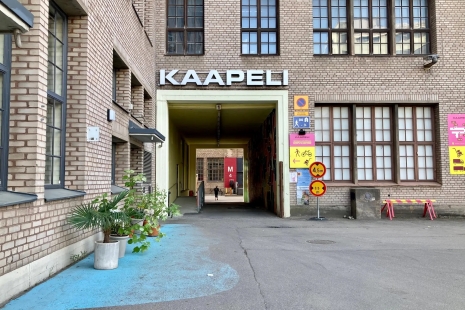