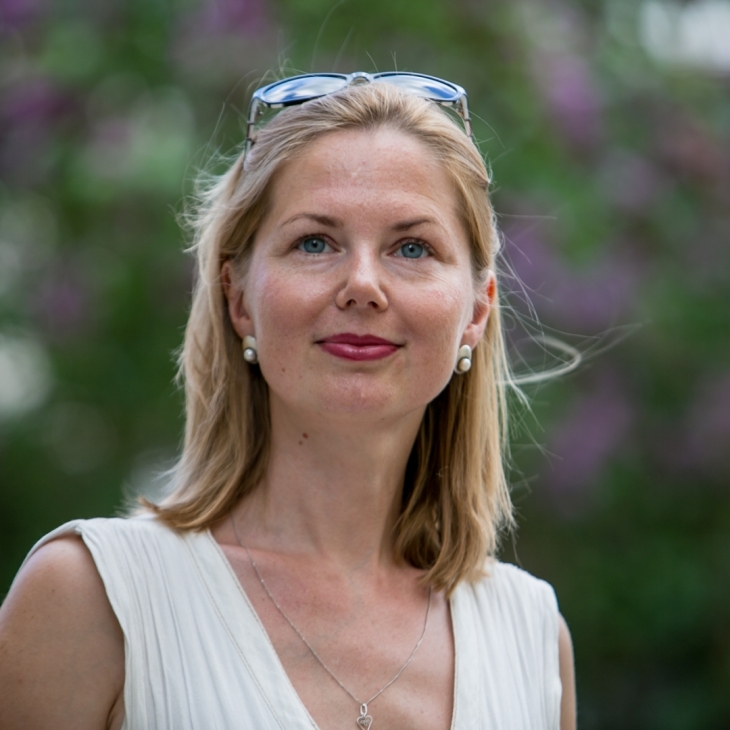 Kristina graduated Master in Painting in Vilnius Academy of Arts, Kaunas faculty, in 2021. Her artistic area of interest is abstract paintings, installations, researches of nature, trees and biocentric approach. Since 2013 she actively participate in various exhibitions, more than 20 personal exhibitions and 30 joint exhibitions, as well as virtual galleries, presenting her artworks in Lithuania, mostly in Kaunas, and also in other countries. In 2018, November, she participated in the International Artists’ Symposium in Pilani, India. Later in 2019 March – her artwotks were in joint exhibition in Athens, Greece.

Kristina instantly searches to look deeper into the surrounded reality, nature, reveal the relation between nature, tree and humans, civilization, highlight issues of destruction, interactions between civilization and nature, existential issues, virtual reality impact. For me the primary nature materials, resources, its energy is the starting point and inspiration for creation and the creative space. In my artworks, as contrast to fast life, virtual reality, she emphasise the biocentric view of the world. In the ancient Baltic world, where biocentric attitudes to the environment prevailed, a human being was perceived as a part of nature, not a ruler, trees were not only objects of nature as they are narrowly understood in the modern world, but mediators, the gateway to eternity. It forms the axis around which the cosmos and the whole world are formed. With such idea she creates paintings, drawings, installations. 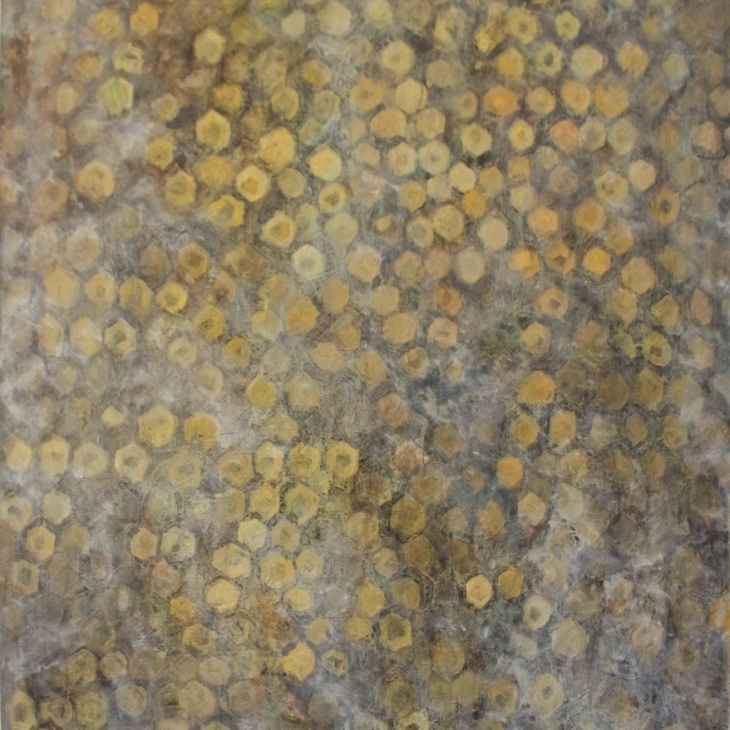 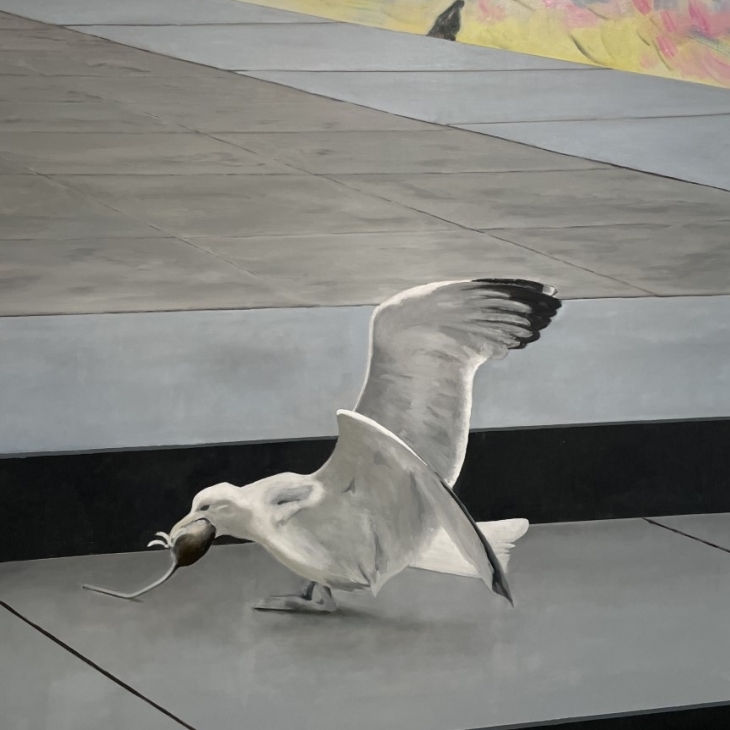 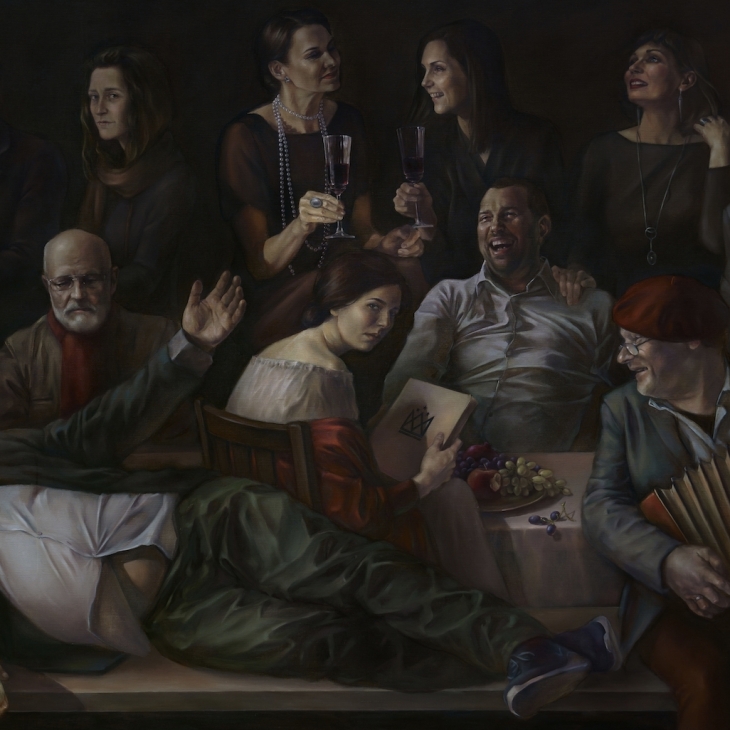 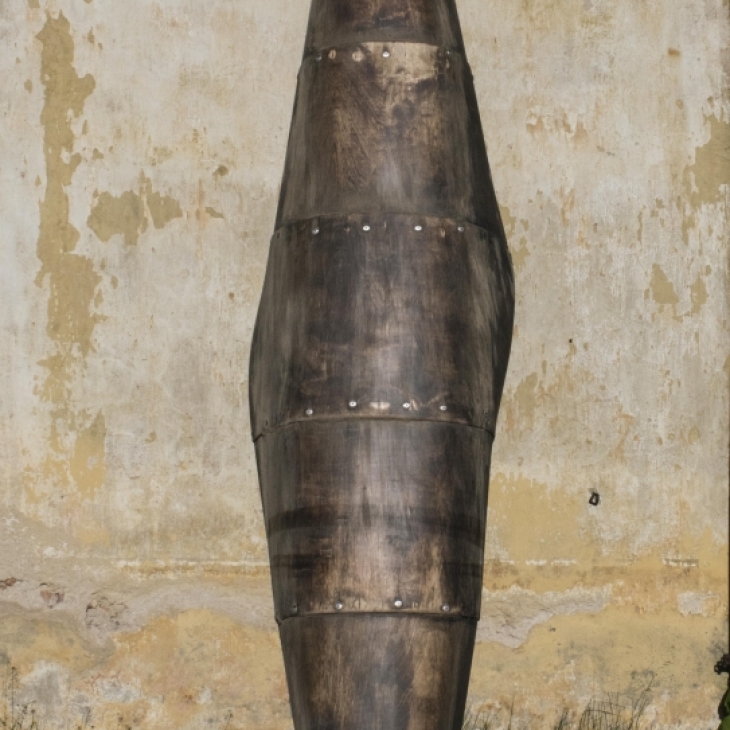