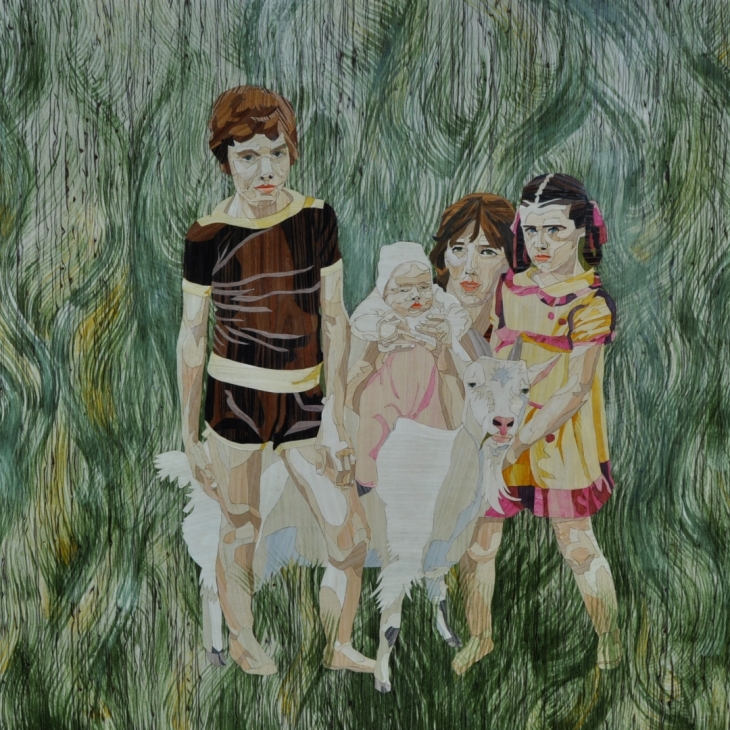 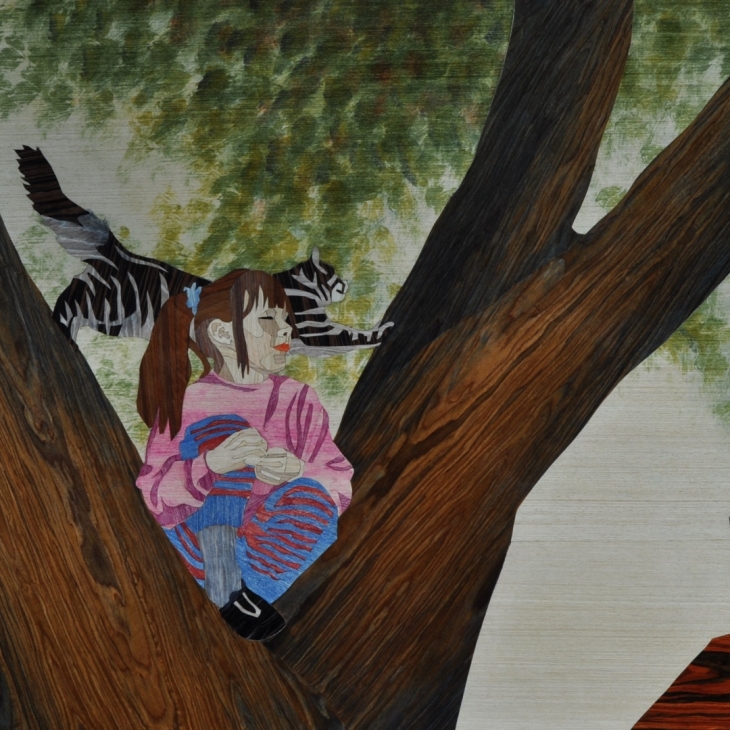 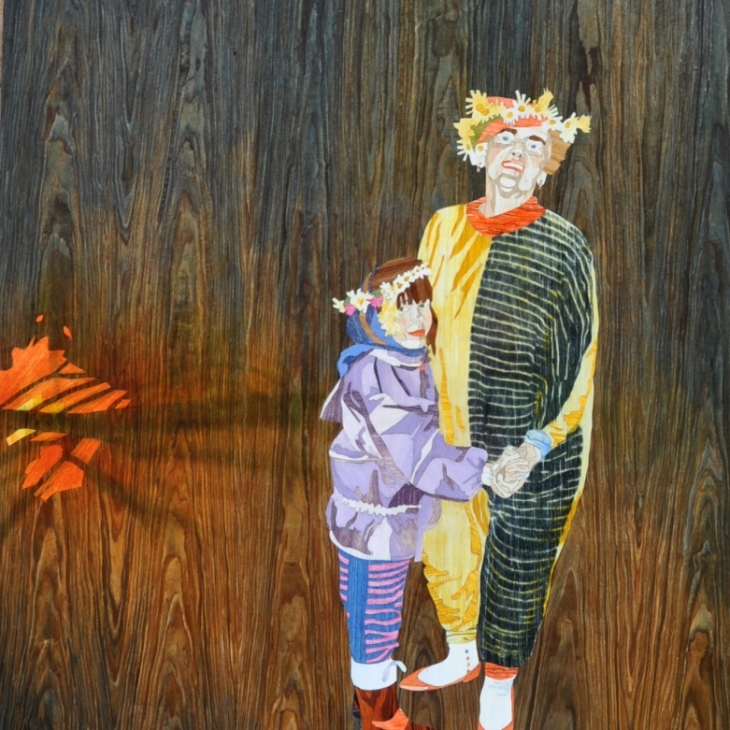 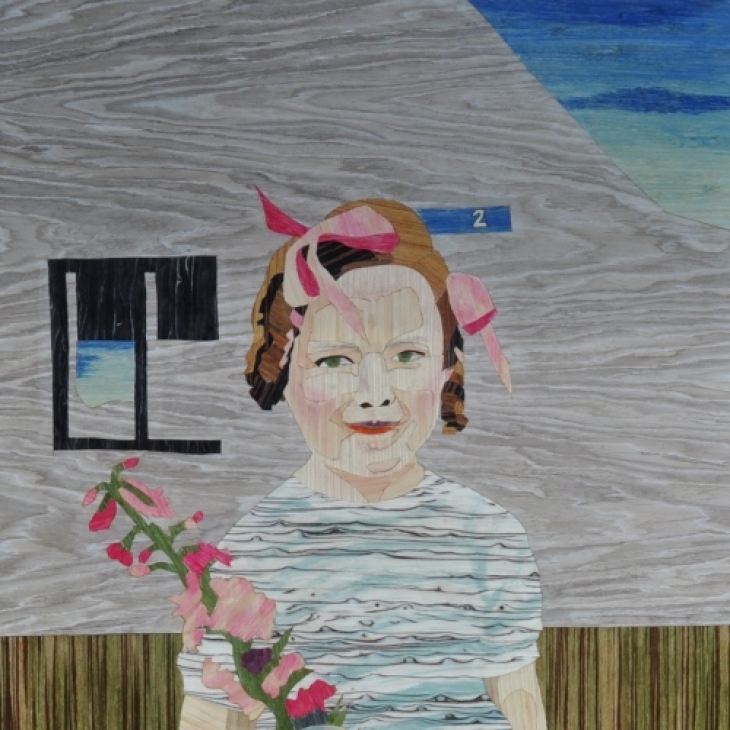 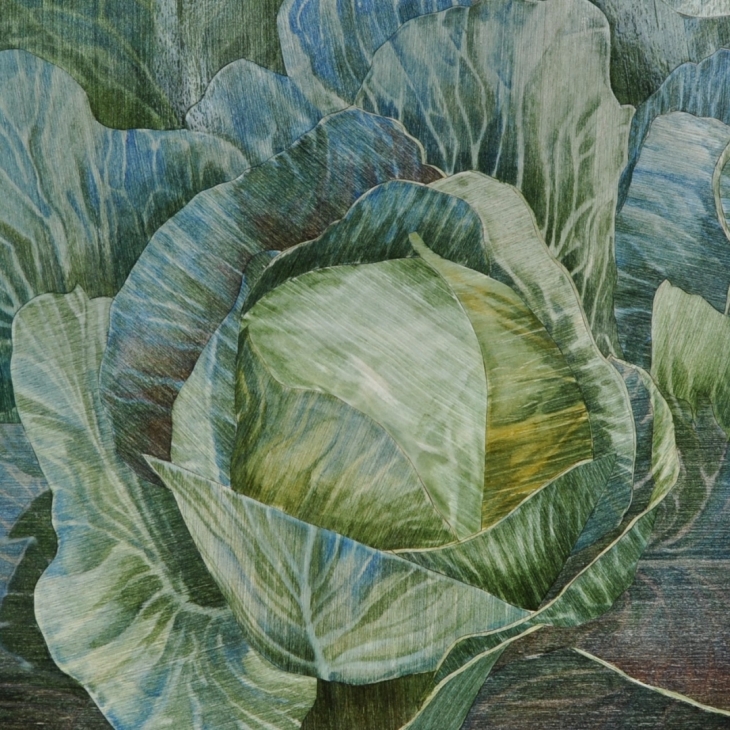 “I created the works inspired by the childhood photos which I found in my parents photo albums. I looked with interest at pictures that has been treasured by older generations and saved in real albums, because at that time it was a value. There is a feeling that nowdays all the pictures taken are digitized. So they are seen for a short time – while they are in the camera or phone memory, or are virtually deleted at all.

With this serie of works “Wood. Memories. Contemporary wood veneer marquetry. (Childhood Shots/Footage) ” I want to get the viewer’s revelation, that the value is in tangible, not virtual, photographs. The work process was time consuming and it gave a great opportunity for thinking, as well to immerse myself in memories of me and what I remember from childhood. This part of the work I call self-analysis, where from a psychological point of view, I look at the question – Why don’t I remember my childhood? Because watching selected photos, which are the basis for the compositions, I emotionally did not feel any connection with captured moments. In the end, I concluded that I had experienced “The phenomenon of false memory”. For a long time, I have believed what others have said about me, because in childhood I often asked parents what happens in the photos and that is what I have memorized – the information, not remembering events by myself. I think it’s great, even positive: since I don’t remember my childhood, I do have the opportunity to believe in someone else (any life scenario) and accept something that has not happened, that’s how changing my perception of myself and changing my personal future. I also wanted to revive the marquetry. Because for me, when it comes to marquetry, the first thing what is on my mind is the Soviet-era’s small sized, already in yellow, brown, orange tones marquetries – with shellac coating, created just from natural veneer. It seems, this technique and the concept of the work of art are part of the field of contemporary art. I would also like to note that the only memory I truly remember from childhood is the fields of cabbage with green cabbage worms which I collected. That’s why this series last artwork is titled ‘The Beginning’, the work is visual representation of the cabbage. Cabbage has always played a diverse role: it’s a great vegetable, also money in slang here is called “cabbage”, and the myth that children are found in cabbages, was very popular during the Soviet era. And I came to the conclusion that maybe .. The Latvian nation has survived thanks to cabbage?”

Me with a cat
Amanda Krumina
Muu 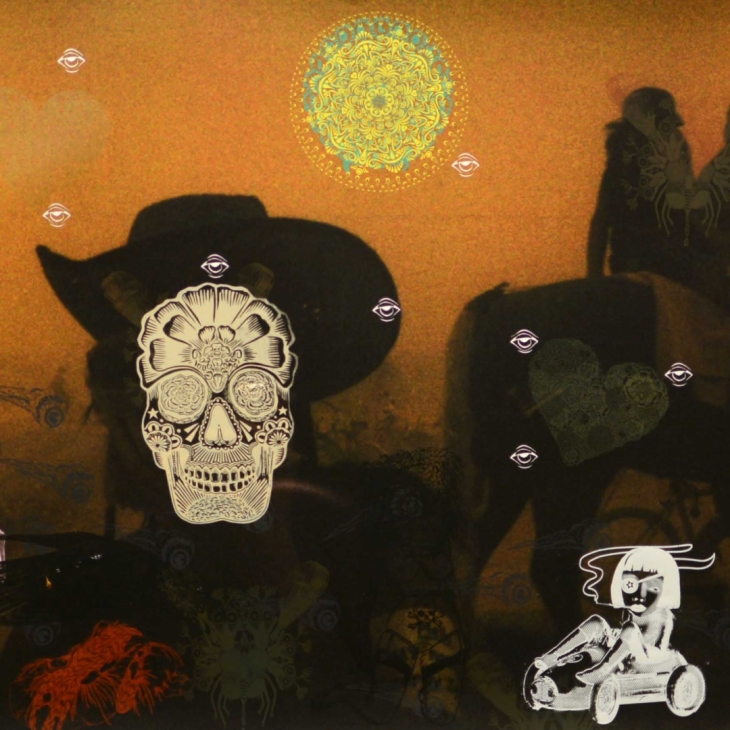 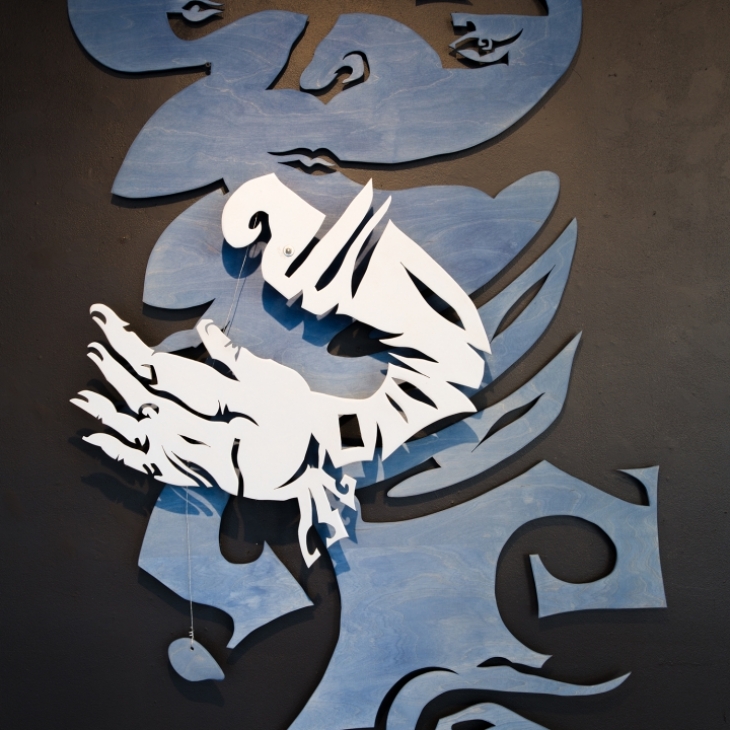 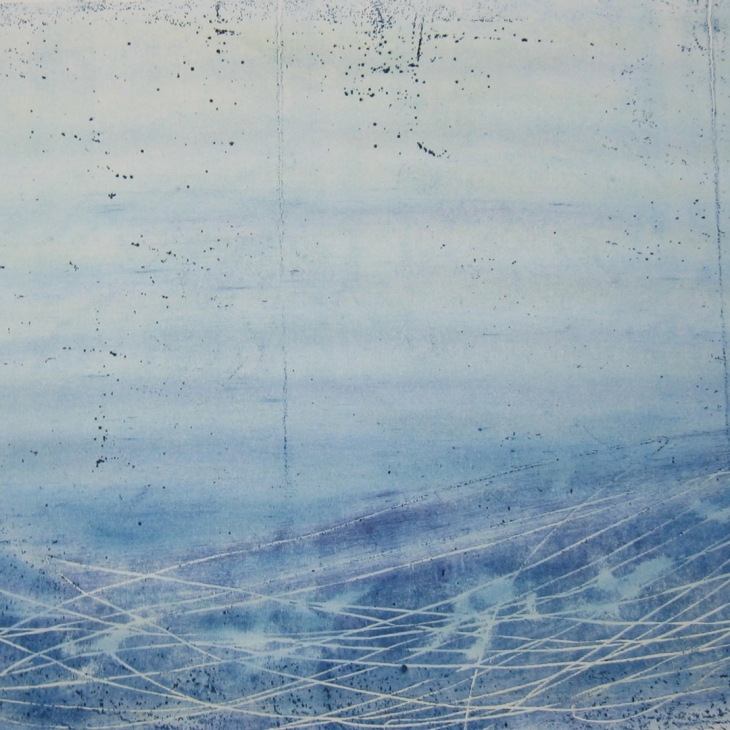 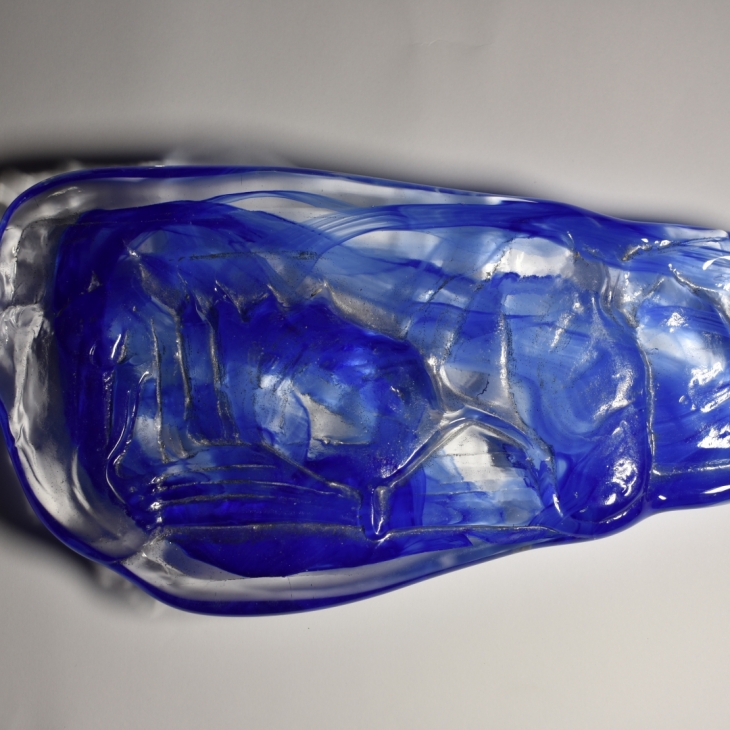 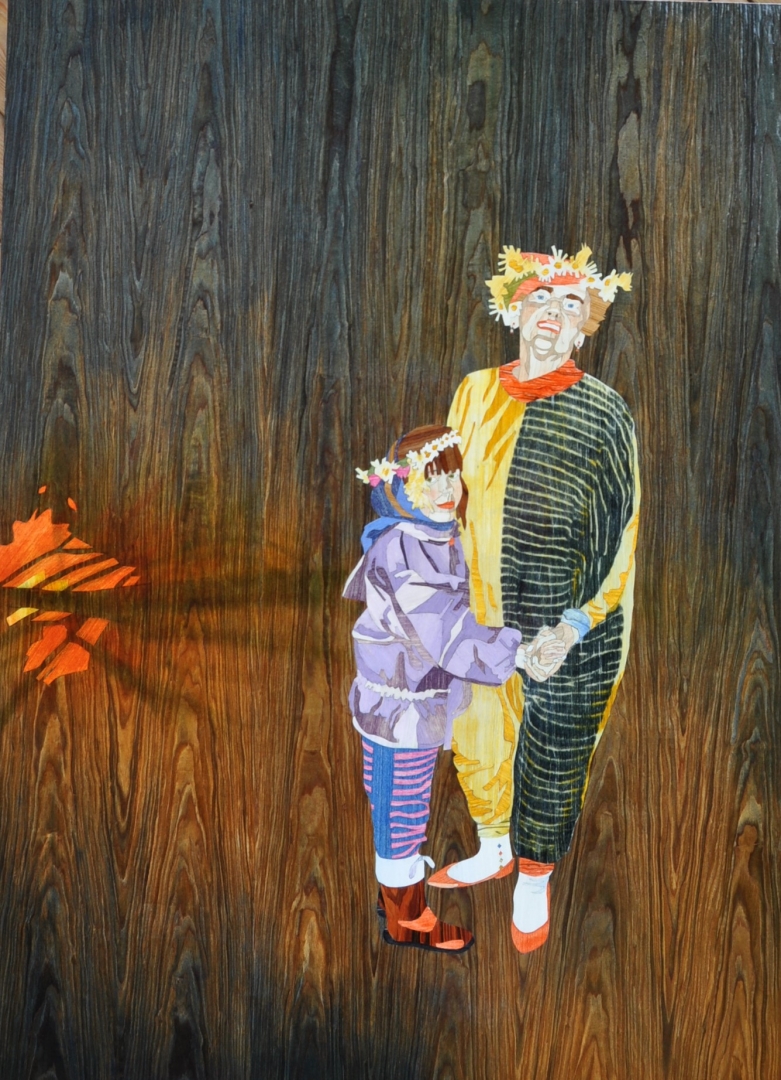