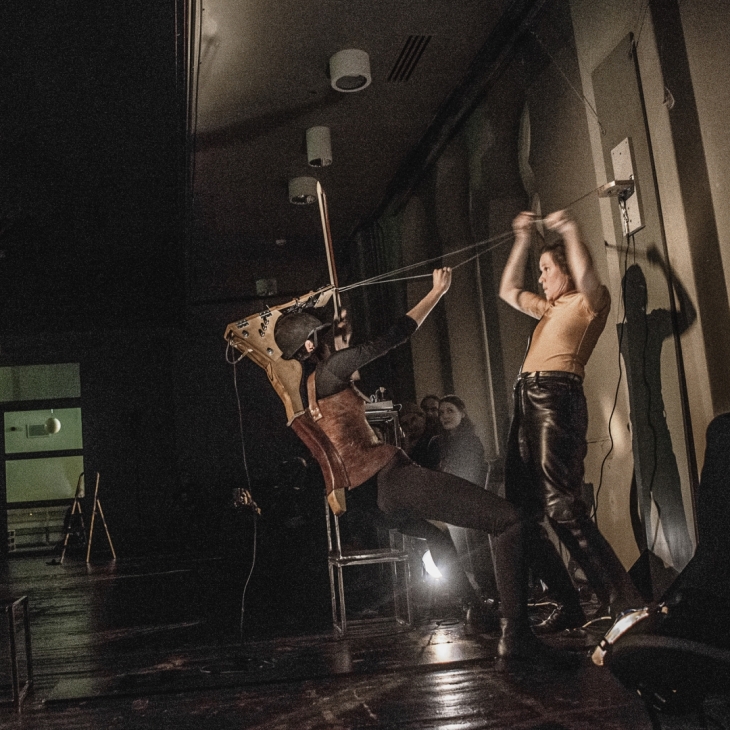 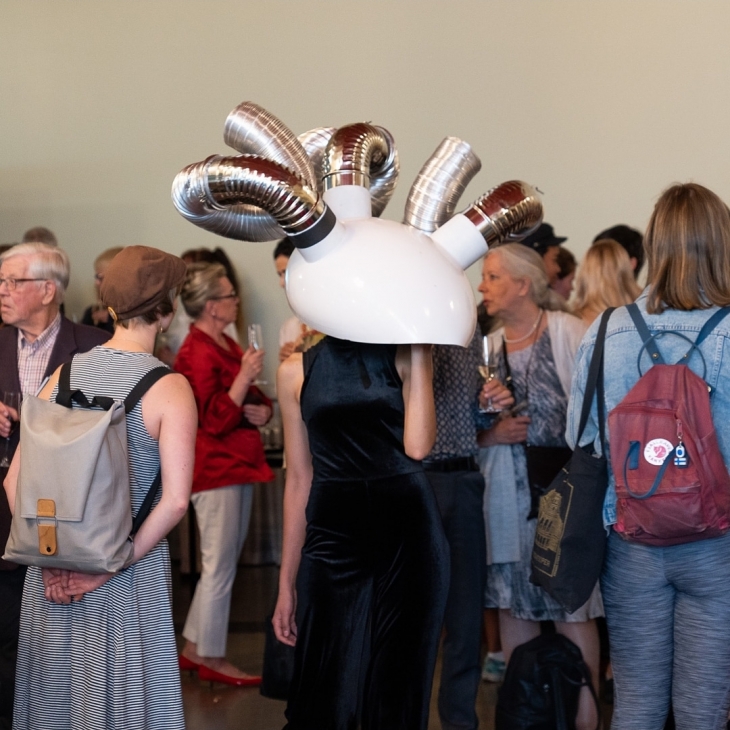 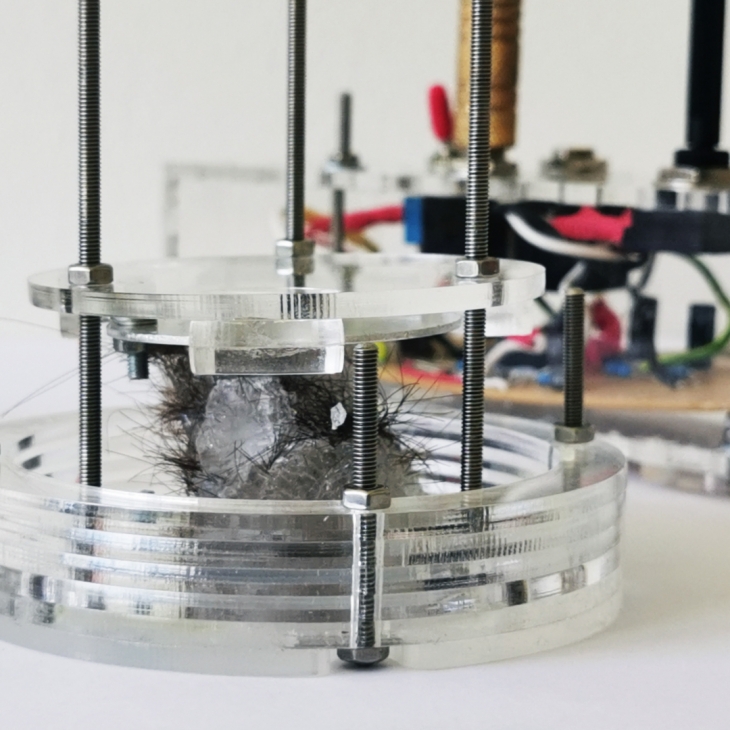 Horse-riding helmet Hydra (2016-2019) is a headpiece performative sound sculpture constructed of fibreglass, three metallic tubes positioned within the fibreglass that protrude and extend from its external surface, two metallic bars, thirteen metallic guitar strings along with their tuning keys, and one helmet on the inside part of the instrument.

Hydra can be adapted accordingly and can act as an acoustic instrument, or produce sounds that can be amplified through other means, including two external speakers. When adjusting the two external speakers, hydra can create analogue delays due to the circulation of the signals. Hydra as a character is an anthropomorphic creature. She communicates through sound and movement. The mythical and human appearance she holds transform the space she is in. Hydra constantly transitions between human and non-human; boldness and transparency. Hydra’s behaviour is sensible, sensual, truly odd, and transformative. The way she communicates is absurd and obscure. Hydra does not necessarily have sense of what a space is, or how she is perceived within a space. This lack of sense-space is one aspect that brings out the oddness in her, as well as her curiosity. She is sensible and strange at the same time in a sense that you cannot actually understand how she thinks, but her strangeness captivates you. The way she moves feels like she is already transformed, without memory, without communication. Yet, she communicates through her dance. Hydra’s sound communication is not aggressive but it feels like her words are anti-rythmic.

Hydra is inspired by the mythology of the Minotaur, a half-human and half-bull creature in Greek Mythology. The mythology of Minotaur shows an aggressive creature that eats humans and so is locked inside the Cretan Labyrinth until its death. The artwork participated at artist Solo Exhibition at the Theatre Academy – University of the Arts Helsinki in 2019, at the performance “Mind Split = Siamese Twins” held at Universum Teatteri in Helsinki in 2020, and at MITOS – Centre for Performing Arts in an old Vinegar Factory in Limassol (Cyprus) in 2016. 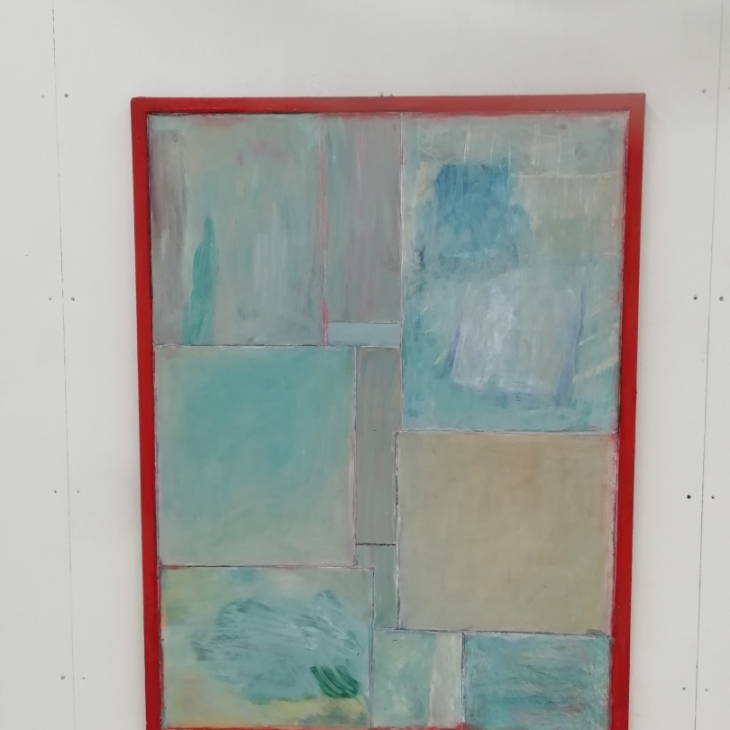 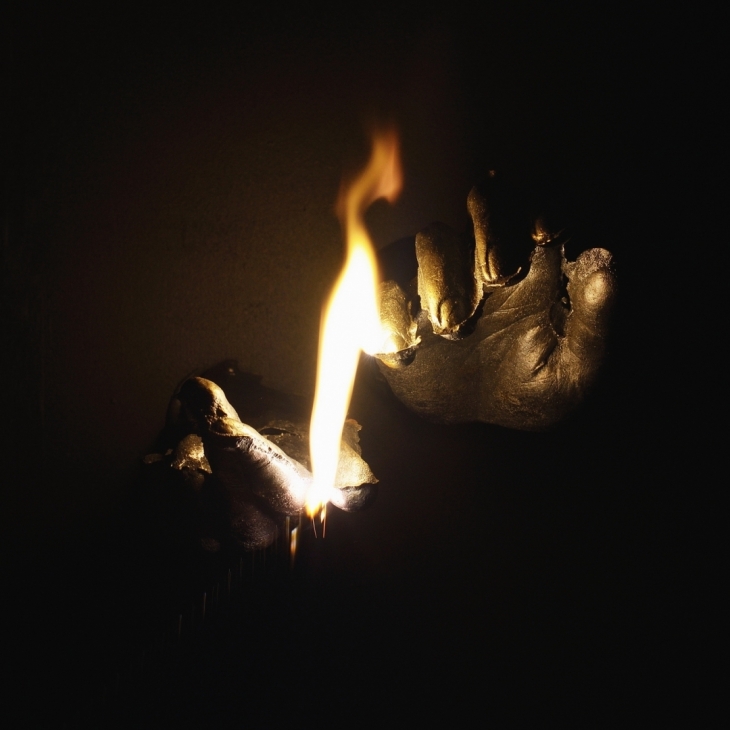 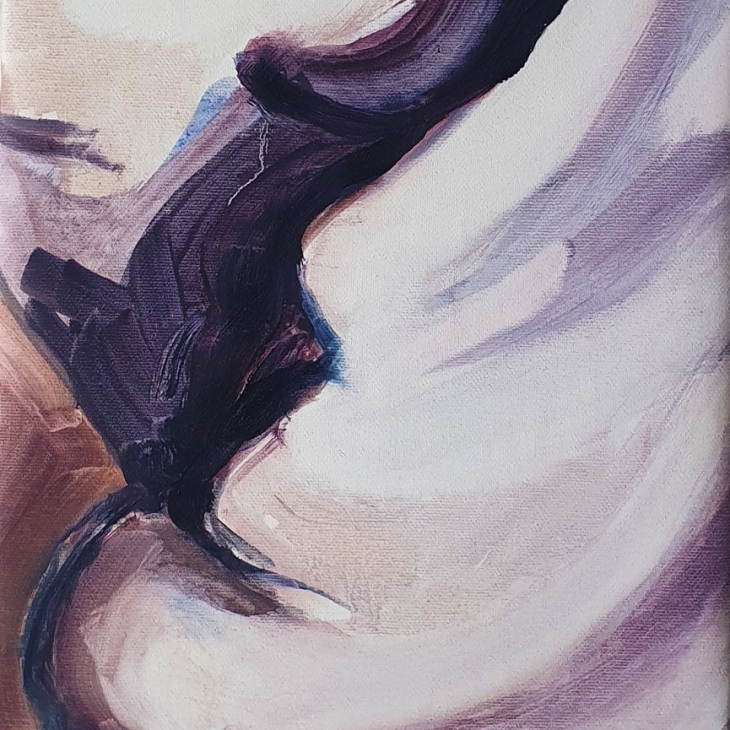 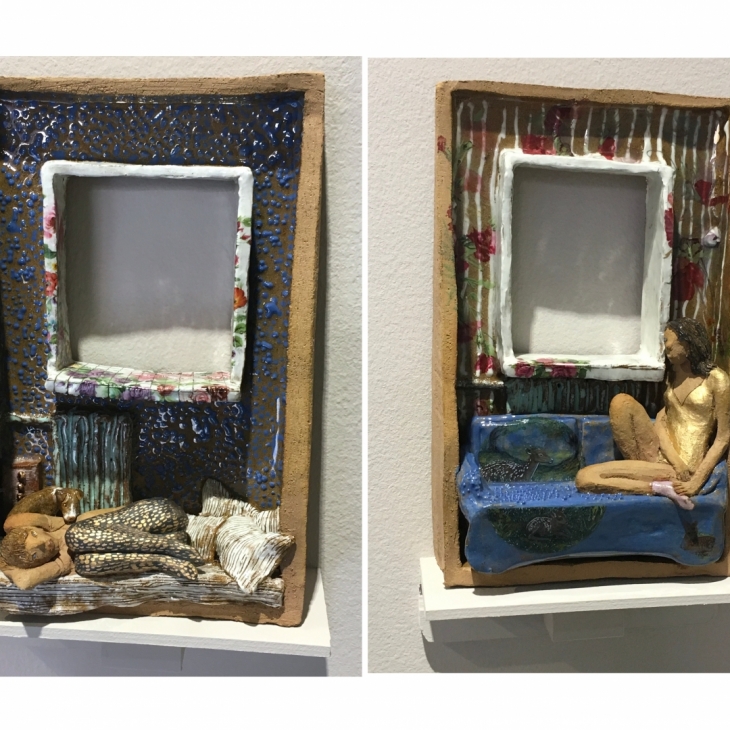 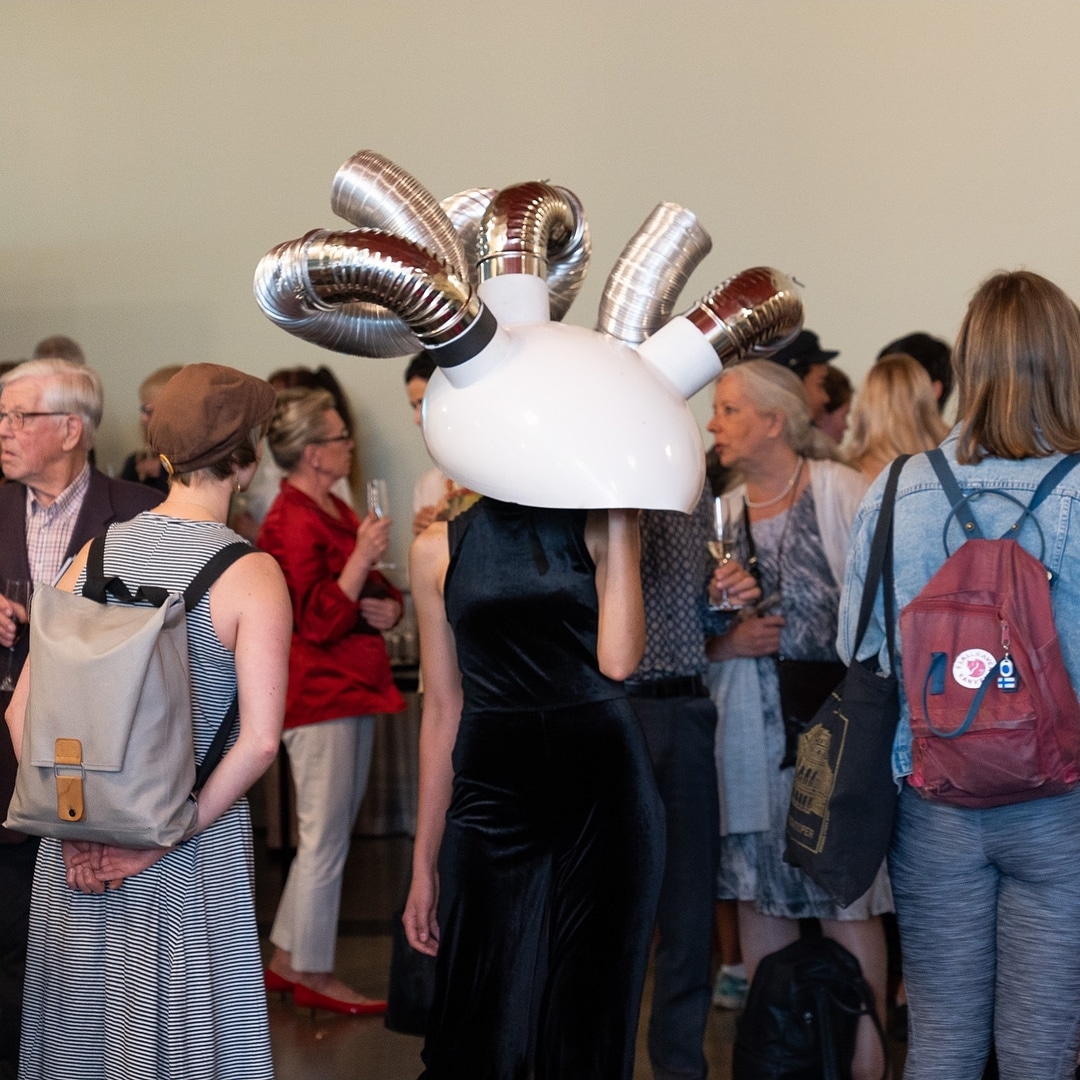