At the opening of the altarpiece, Andra Orn, the leader of the NOBA.ac art environment and the representative of Edward von Lõngus, declared a speech prepared by the artist.

“This tower behind me was once dedicated to a life-giving cocktail of hydrogen and oxygen, it was called a water tower. However, one day, the water tower was converted into an oil storage facility, and clean water was replaced by oil, a  stinking black horror. Since then, it has stood empty for decades, polluted and abandoned as a silent monument to a world that values ​​oil more than clean water. Perhaps it is a remarkably perfect location for “Judgment Day.”

Inspired by the ceiling painting by Michelangelo at the famous Sistine Chapel, the work is an altarpiece to modern religion. It illustrates our strange belief in money as a divine, ever-changing force. One per cent of the people, at the top of the enormous money pyramid, owns most of the world’s assets and the bottom 99 per cent scramble for individual remains. Everyone wishes to rise to the top, but despite the endless struggle, most will never make it. Instead, the gods of success at the top of the wealth pyramid are observed with a cultic devotion, surrounded by the golden aura and admiration at each step. Money is bliss because everyone in heaven is rich and happy.

“Judgment Day“ warns against the instability of unsustainable world order. One day the emptiness collapses under its weight. However, the realisation that this day may not be far away is beginning to arrive. We all can feel the change of times in the air. The groundbreaking events of recent years have eloquently demonstrated that the system we have become accustomed to and taking so self-evident and mundane is much more fragile than we thought. The illusion of comfortable stability is shattered. The pillars of the world have faltered. The judgment day is not far off.

Edward von Lõngus is not a  person but just an idea – an idea for spreading a message and changing the world. Maybe we all need our alter ego, our world-saving character, to give impetus to these problems. I hope that my creation not only terrifies but also inspires. A balancing utopian force is needed to create a brighter future alongside dystopian fears. Dreams are as valuable as fears because they represent potential future directions. It is high time to make new dreams. So let’s dream with all our hearts, for the whole world, because the world needs it more than ever.”

Check out the photo gallery from the opening event. Photos by Raido Krutto. 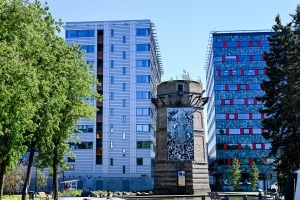 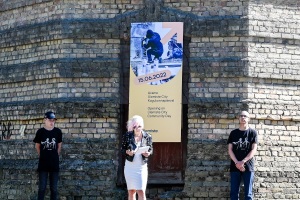 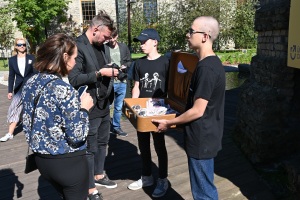 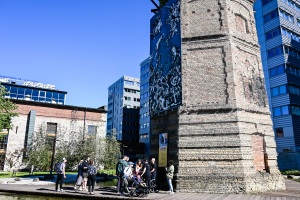 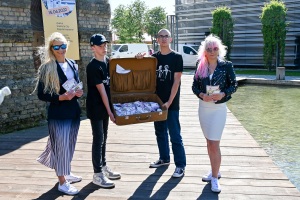 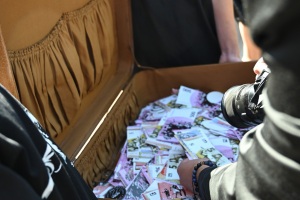 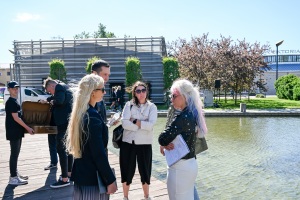 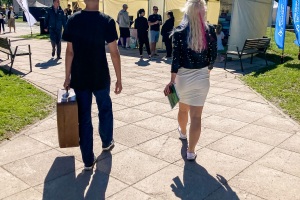 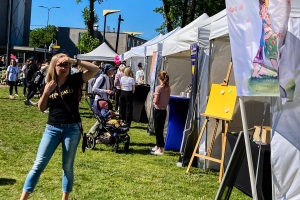 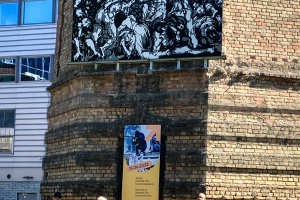 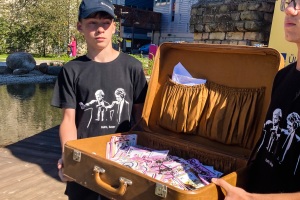 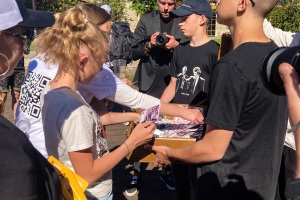 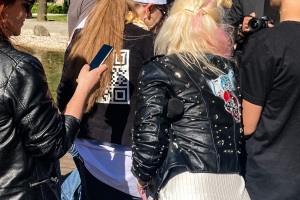 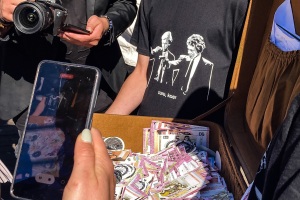 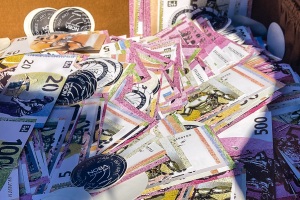 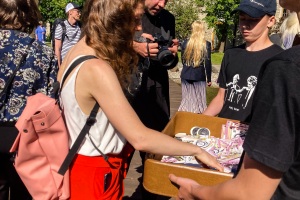 “Judgment Day” will be exhibited at the old water tower in Tallinn at Ülemiste City Park (Keevise 3) until June 2023. A selection of Edward von Lõngus’ works is available at NOBA.ac. 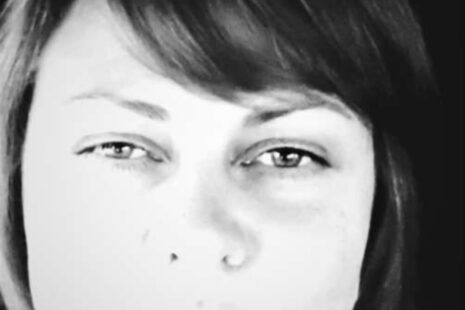 Laura Marija Salkauskiene, winner of the NBYAA public award this year, says that the easiest way to show emptiness is…
READ NOW 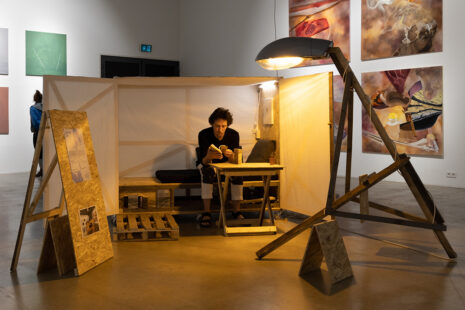 Altogether 79 emerging artists from Latvia, Lithuania, Estonia and Finland with 154 artworks are taking part in the international art…
READ NOW

The Best of ArtVilnius’22: Seven Galleries, an Artist, a Young Artist, and an Installation 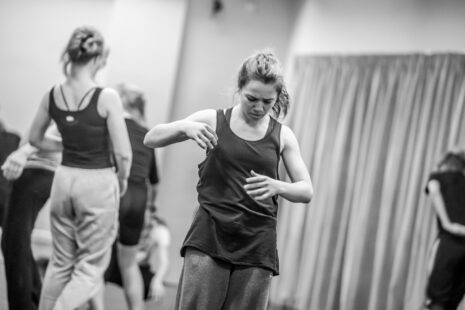