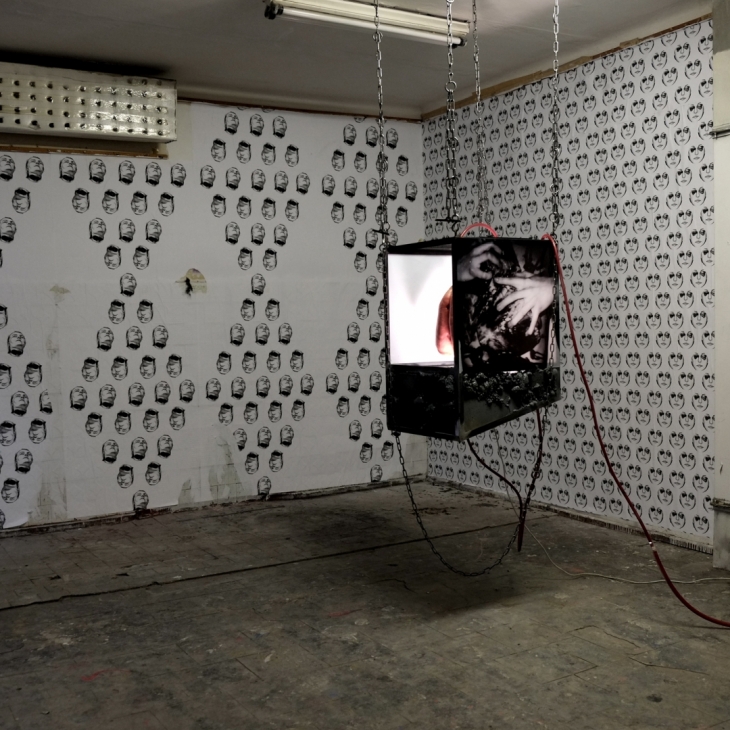 Judeo-Christian and Greco-Roman traditions are permeated with violence and blood, and entertainment violence is not new, starting with the Greek tragedies, Roman gladiator fights, Shakespearean suicides to Hollywood movies. Society tolerates realistically conveyed violence on TV screens, but something happens when the same images are presented as art. In this work, I focus on depicting violence, and violence against women in particular, in its worst form – femicide. Such homicides are often associated with persistent domestic violence, both psychological and physical and sexual, and in situations where women have fewer financial resources and insufficient knowledge of the help available. According to a study by the World Health Organization, more than 35% all the murders of women in the world are committed by an intimate partner. A common excuse for a transgressive artist is that the purpose of shocking images can be to arouse concern about situations that people prefer to ignore. John Berger writes in his essay “Photography of Agony” that images of violence can remind us of a perceived reality behind abstractions of political theory, victim statistics, or news streams. The viewer lives his normal, everyday life and suddenly encounters the suffering of the victim and has to share that suffering for a moment. Returning from this experience to everyday life can lead to a feeling of resentment or guilt that is either pushed back or somehow suppressed. Berger argues, for example, that depicting war victims instead of forcing the viewer to reflect on their political beliefs, on the contrary, completely depoliticizes the problem. The tragic event becomes just another example of suffering, inseparable from human reality. For my every day job I work at a morgue as an assistant for forensic autopsies. Unavoidably I get to experience a corpse as an object, and I have seen the gruesome result of femicide with my iwn eyes. I started thinking about the visual aspects of murder and a dead body, especially the killing of women as entertainment in popular culture. Brutally injured and raped women’s bodies have become an essential component of many criminal dramas. TV culture has turned rape and the ritual killing of women into an independent industry. Why is society obsessed with stories about the degradation of women’s bodies? Is the demonstration of individual suffering a representation of a collective experience at the same time? I decided to look at how modern bloodshed is explained by modern philosophy and how it can be viewed from a psychological perspective. Watching brutal horror movies is thought to cathartically clear the mind of the “inner” need for unconscious desires, cravings, fears, memories, purification, and violence. It is worth remembering that watching violence is not limited to feelings of fear and disgust. There is a kind of desire in people to see the meaning or signs of some higher purpose in suffering, which would alleviate that horror. A good portion of society still believes that what does not bring beauty in the traditional sense of the word cannot be called art. However, calling the craving for violence perverted does not reflect reality – it is more the norm than pathology. As Jacques Lacan mentioned, it is enough to listen to the horror stories that children tell and watch the games they play to realize that breaking skulls or opening bellies is the fruit of their spontaneous imagination. Part of the work has been on view at the group exhibition BETWEEN at Titanikas art gallery. 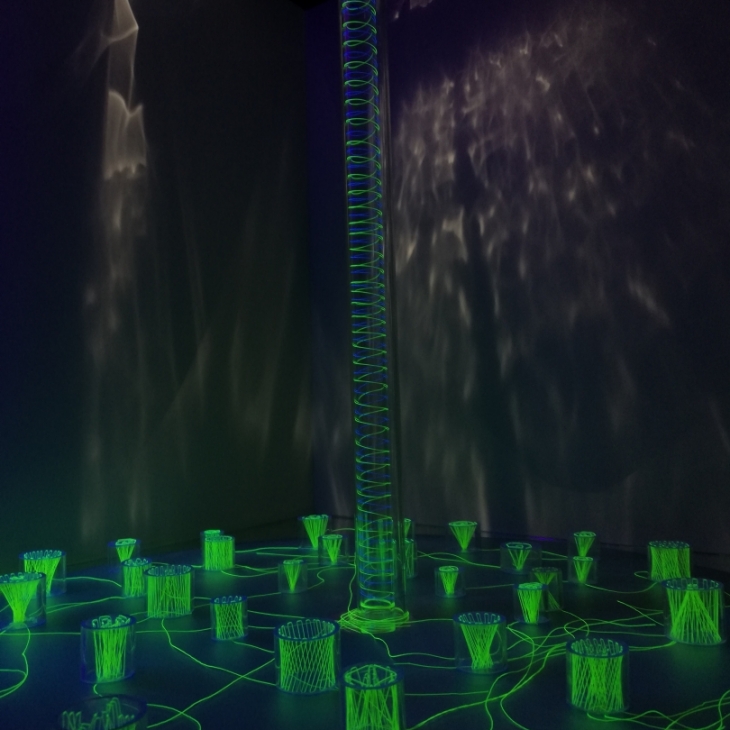 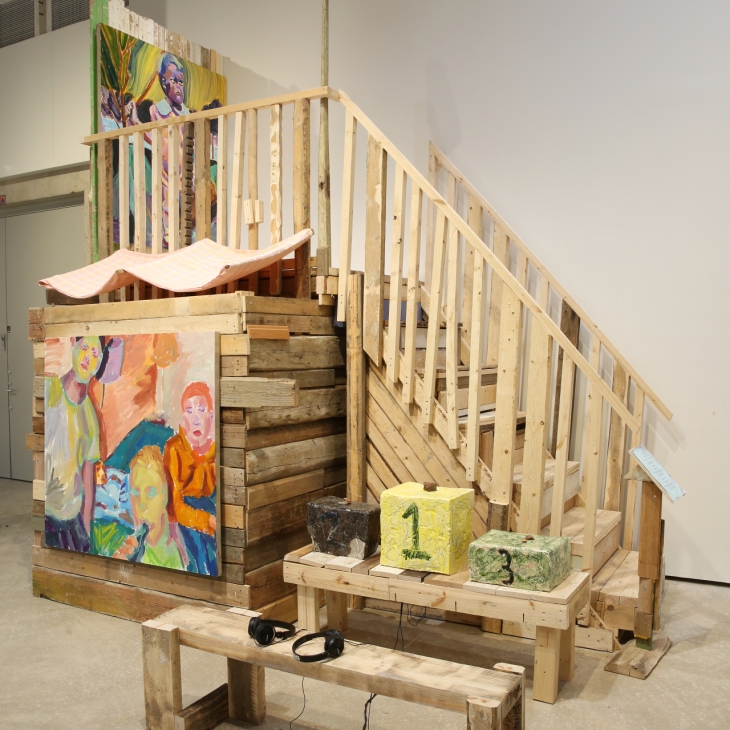 My castle
By Alvi Hatakka
Installation 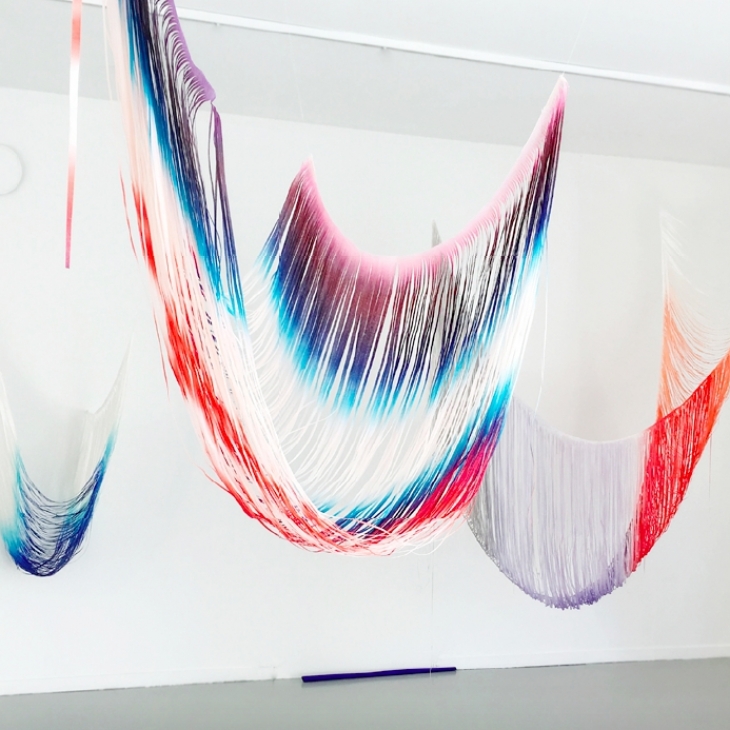 Delve In
By Suvi Sysi
Installation
€8500 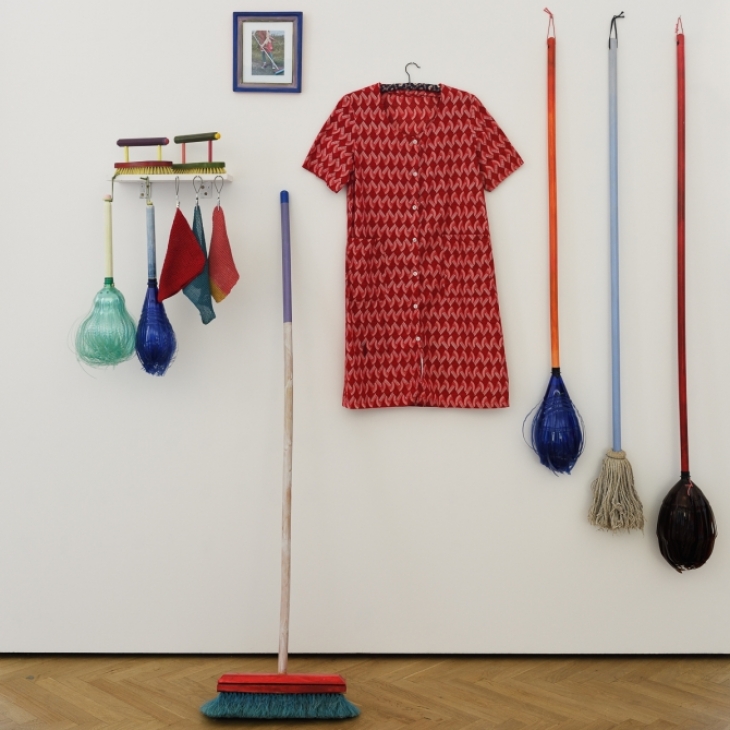 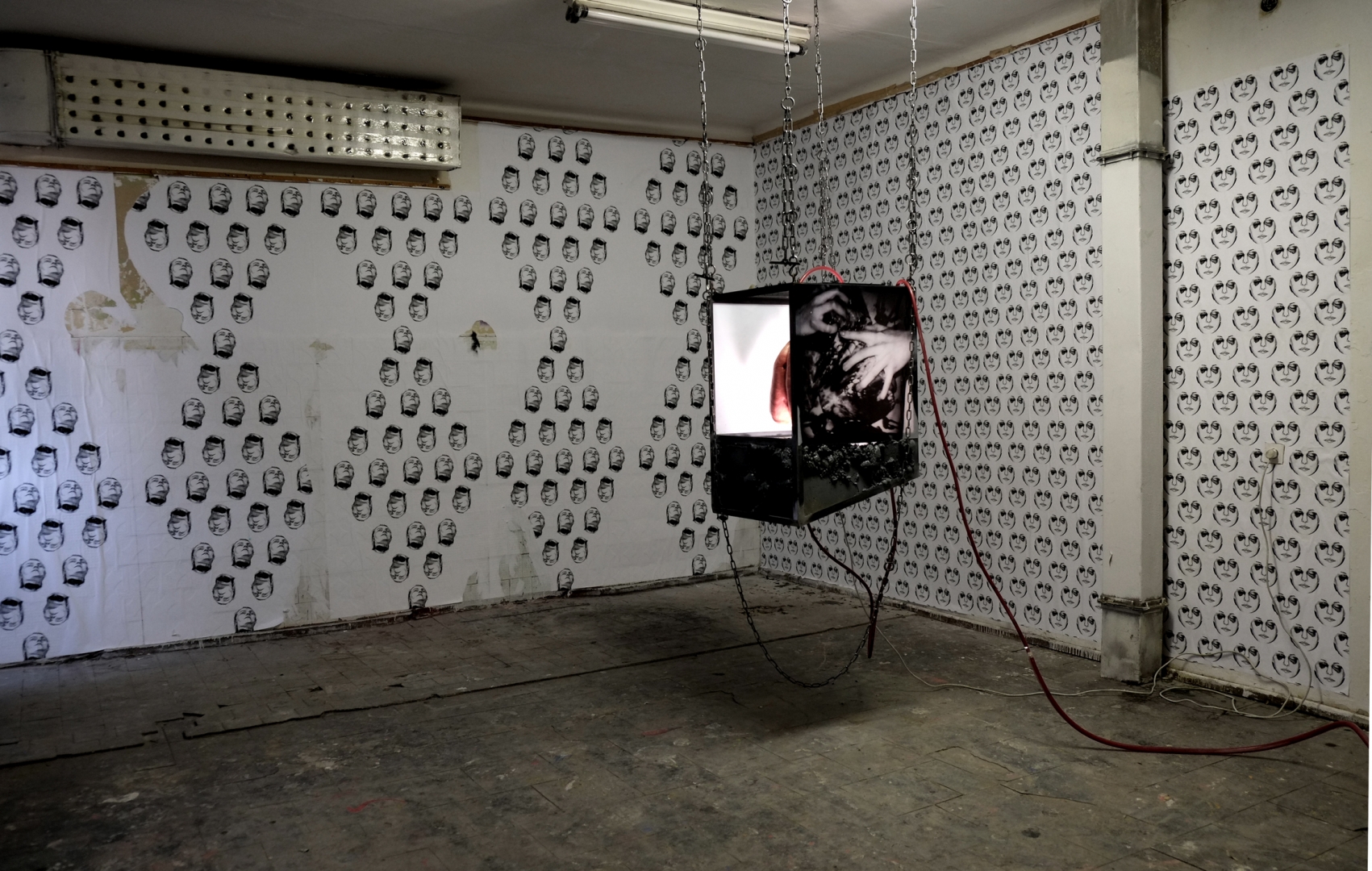