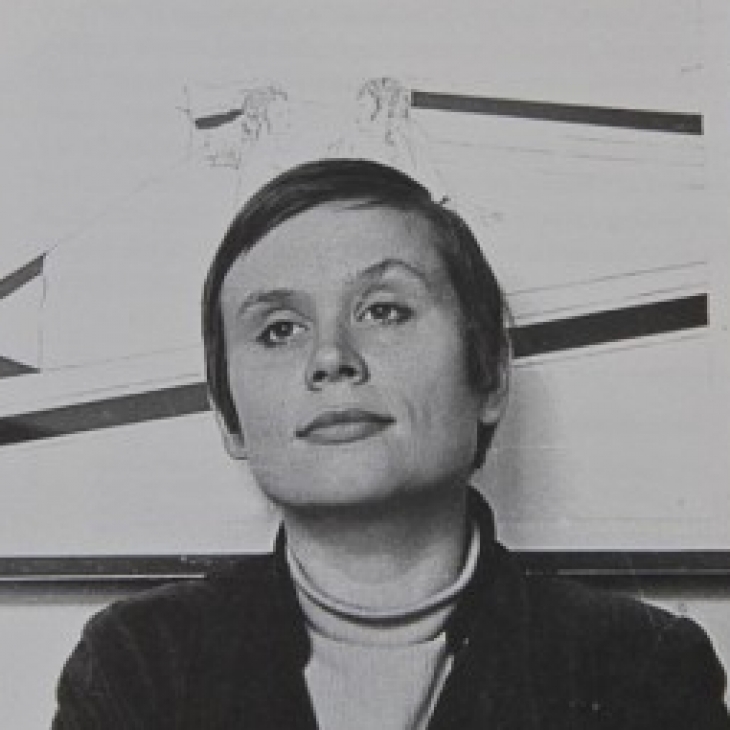 Marju Mutsu (1941-1980) was a fascinating artist and person, who despite her early departure at the age of 38 left her strong mark to Estonian art after just a decade of creative activity.

Mutsu has been characterized as an artist that had an ability to address motifs that have been traditionally associated with “soft values”: family, the emotional bond between a mother and a child, the complicated yet simple inner world of a woman.

In her final years, the artist´s characteristic youthful hunger for life, openness to a variety of artistic solutions and sincerity of expression were replaced by unique, dense shapes and images. The latter have been seen to function as philosophical observations or aphorisms in print.

Marju Mutsu´s works are often characterized by open composition, free use of line and masterful utilization of the white surface of a sheet of paper.