Continuing the museum exhibition cycle The Generation the exhibition “Centaur. Jānis Pauļuks / LNMA Collection” will be presented in the right wing of the 2nd floor of the main building of the Latvian National Museum of Art in Riga. 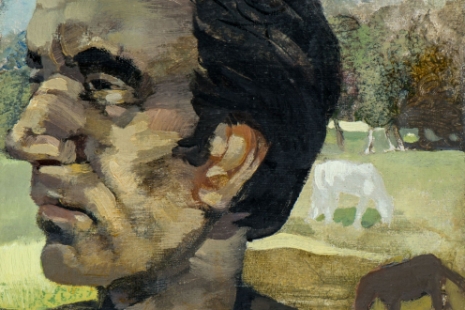 The exhibition is centred around four large-format canvases painted by Jānis Pauļuks (1906–1984) – Fisherman’s Family (1944–1945), “Provodnik” Factory in Riga. 1905 (1944–1945), To the Barges (1944–1949) and Slavery of the Spirit (1942–1954). Only one of the four – “Provodnik” Factory in Riga. 1905 – was purchased for the museum’s collection after completion and a passage of considerable amount of time in 1977, after being shown in an exhibition of visual art, disappeared in the museum’s depository, only having been presented in a couple of group and commemorative exhibitions. The entire quartet found its way into the collection in 1985 as a gift from the artist’s widow Ņina Robiņa. Slavery of the Spirit briefly left the collection depository only in 2010 for the exhibition Golden Works, curated by Elita Ansone. Apart from that, Fisherman’s Family and To the Barges will be exhibited publicly for the very first time.

The 1940s are an intense period in the formation of artist Jānis Pauļuks’ creative manner. At the age of 32, the elegant cartographer and calligrapher from the Unit of Land Surveying at the Department of Land Utilisation joined the Art Academy as an unregistered student (1938–1941), radically transforming his successful occupation as well as his lifestyle, and devoted the rest of his life only to art. In 1944, he applied to the master workshop of figurative painting, himself announcing in 1945 that he has completed his studies. From 1945 onwards, several admissions to and expulsions from the Artists’ Union, constant confrontation of Jānis Pauļuks’ ideas and professional work with Socialist Realism and re-education campaigns took place, ceasing only in 1968, when the leadership of the Artists’ Union is assumed by Edgars Iltners.

This was also a time of old master studies and investigations of the painting technique, dramatic in colour, dark, with a thick texture, as a witness to the history of the painting’s creation. Rubenesque ambition and baroque excesses have not passed Pauļuks by, being especially evident in the crowded compositions and use of colour in the works of his early years. His draughtsman’s and calligrapher’s skill, refined at the Department of Land Surveying is, arguably, manifested in the works from the later years, when his painting becomes more transparent and also more expressive.

The 1940s bring pivotal changes in the artist’s personal and creative life, too, with the arrival of the Art Academy’s wunderkind, the fifteen-year-old Felicita Jānke – an outstanding drawer, who has also been admitted as an unregistered student. Their son, Oliver, is born in 1942 and dies several days later. Jānis and Felicita’s marriage is registered in 1943.

Felicita is like a baroque ideal creature, Jānis Pauļuks’ excess of emotion and colour. Their relationship is stormy and brief, yet in the artist’s canvases Felicita is the main impulse for creative work. Joy and outbursts of destructive emotion, highest possible happiness and seclusion in an imaginary world, despair and a daring conviction in his own power – I myself radiate the sun! Human tenderness and uncontrollable energy in what is paramount – Jānis Pauļuks’ paintings.

ABOUT THE EXHIBITION CYCLE THE GENERATION

Each generation belongs to an era. The Latvian National Museum of Art (LNMA) exhibition cycle The Generationbegan in 2016, focusing on art of the second half of the 20th century. The cycle’s programme is realised in the 4th Floor Exhibition Halls and since 2021 also in the right wing exposition halls on the 2nd floor of the main building of LNMA. By 2021, exhibitions devoted to many important figures in Latvian art have been held, such as Boriss Bērziņš, Felicita Pauļuka, Daina Riņķe, Henrijs Klēbahs, Līvija Endzelīna, Hilda Vīka, Gunārs Krollis, Džemma Skulme, Romualds Geikins. In 2021–2022, separate expositions dedicated to Jānis Pauļuks, Māra Kažociņa, Jānis Karlovs, and Inta Celmiņa are planned. In the years to come, there are exhibitions in preparation for Biruta Baumane, Lea Davidova-Medene, Rolands Kaņeps, Leo Jānis Briedītis, Gunārs Cīlītis, Guntis Strupulis, Rūsiņš Rozīte. 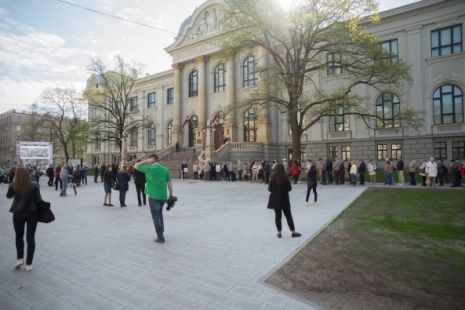