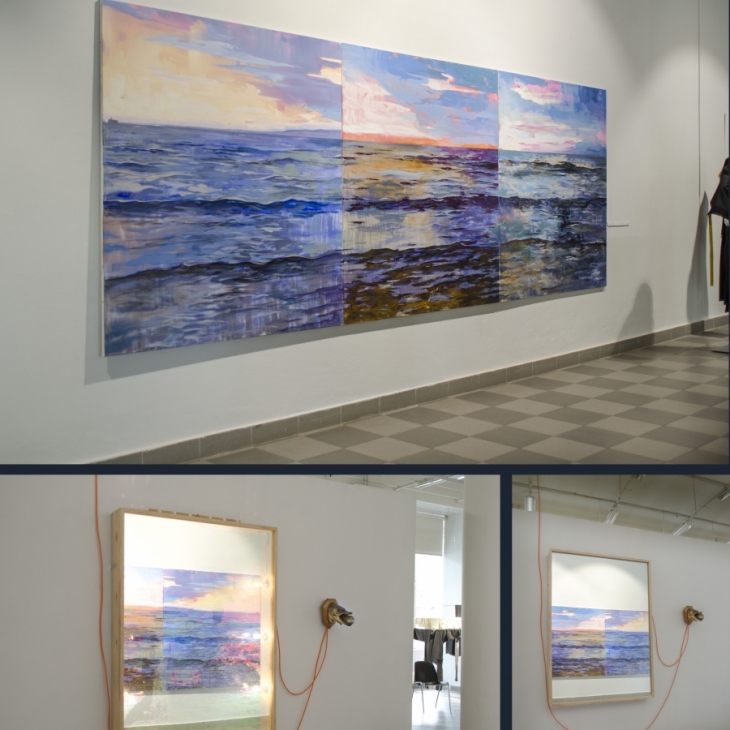 For the last couple of years I have been fascinated by the idea of experiencing art as an environment. I love exhibitions where interdisciplinary works construct a common idea. Works that do not tell it straight, but function as details of a bigger theme. I took it as a goal to attempt a similar artwork in my ﬁnal project. The nature of “A Fisherman’s tale” reveals itself between the pieces and is ﬁnalized with the viewer. Engaging internet humor as a metaphor for playfulness, this interpassive installation expresses my longing for summer during the second winter of the pandemic.

By interpassive, I mean the opposite of interactive – something that is in motion but stops when interrupted by a viewer. The project consists of a reasonably large scale painted triptych depicting the Baltic Sea, a lightbox and a pike head taxidermy. The lightbox has a printed picture of a dolphin inside. Interpassivity is achieved by incessant flickering of the box, only to turn off when approached by a guest. It’s a practical joke in art form.

The joke is that there’s a rainbow dolphin inside the box. The flickering lights call the viewer in but stop when approached. With the lights stopping the box becomes a mirror, reflecting the large painting. Now the image of the sea surrounds the viewer but no dolphin in sight. Dolphins in the Baltic Sea? It was all a fisherman’s tale!

So far my favorite interactions have been all the people who use the mirror to fix their hair and take selfies. Even if they’re concentrating on something else, there’s the painting in the background. They can’t escape the art.

The artwork can be viewed at gallery Pallas as it is a part of this year’s graduate’s exhibition of Pallas University of Applied Sciences. 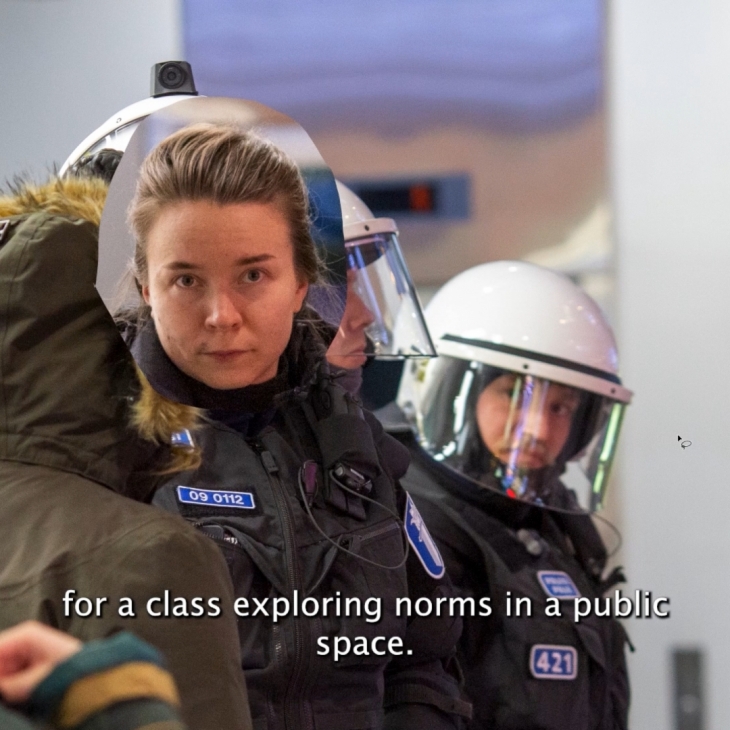 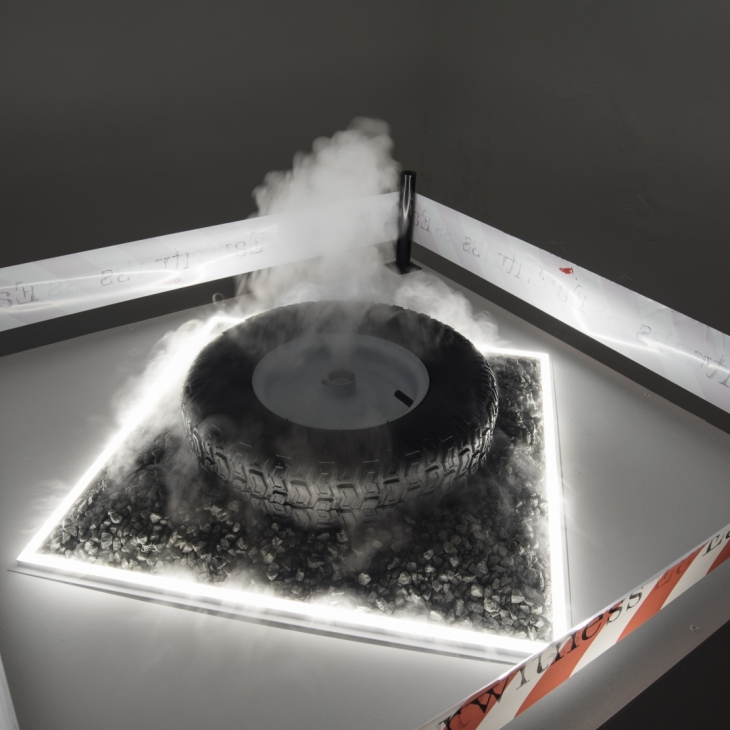 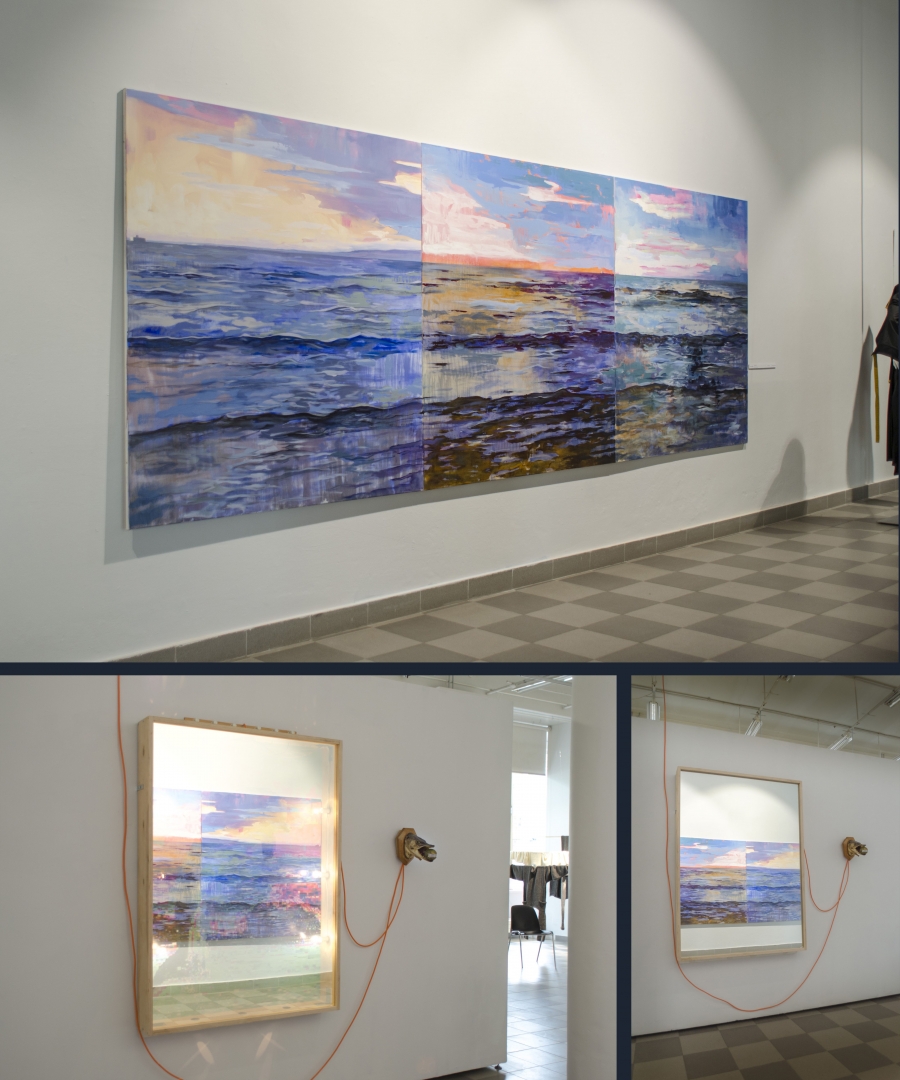