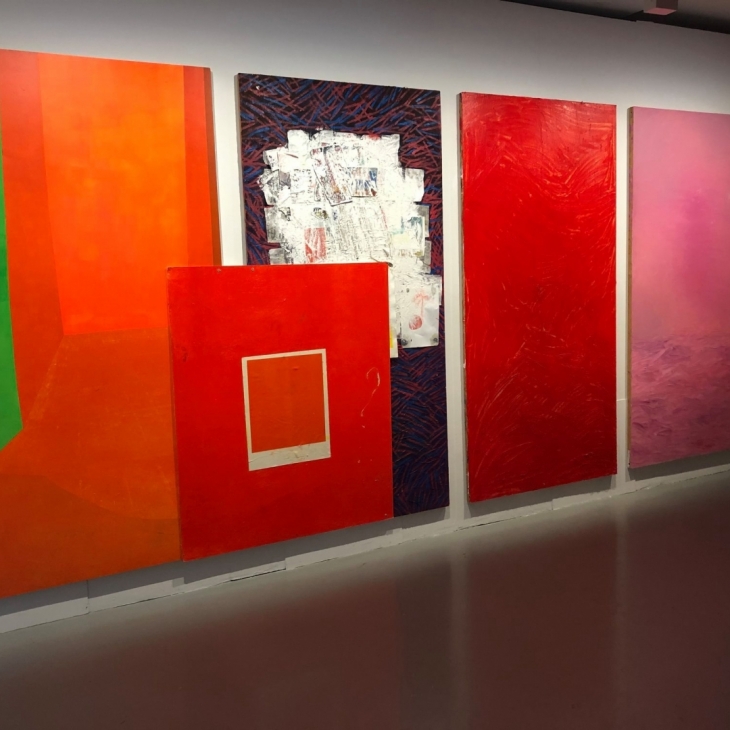 I think my paintings look great, but I stopped because it didn't fit into a general discourse, 2017

acrylic, oil, paper, ink and wooden panels Paintings are sincere attempts to follow a modern pattern in painting and their evaluation. The modern art approach is an adaptive way of treating art as an instrument-centric effort and by perceiving a different kind of promotion with its own therapeutic features. Which also built a new kind of identity as a painter, in comparison to the addict. I still think, that a will to develop as a painter was a key reason for this environmental shift. From drug addict to artist. I give birth to my own language that is, at least momentarily, relatively free from the shaping power of the institutional perspective. The work communicates a desire to maintain a debate about self-reliance in art, and not an agency that maintains an institutionalized conception of art. The bureaucracy designed to maintain the standard of living and the dialogue under the auspices of institutions run by various parties determine the art and its social forms. In this process, the same problems arise as in any given society. However, I do not propose modernism as an alternative. It is more of a self-contained way of thinking about where their perpetrator, the drug addict, appears as a drug-conditioned subject. Problematicity and parallelism with the individual are presented in an extremely subjective form and that is only post-representation of writing and image of this space. Color and form had connotations of something that might allow social status to rise in capitalist society. The addict only emerges as an antagonist of this becoming something. Here is the text that is very related to the paintings. I watched the television and listened to music. For three years, I did nothing but paint, draw, sleep, eat and read a couple of books. I performed countless visual experiments according to the schedule I had devised – which was as many as I could every day. My goal was to represent the reality as I observed it, as painted abstractions. The system of rules which I had created required a great deal of self-discipline, and its purpose was to express something that could not be communicated in speech or writing. The painting process became an institution. The essential activity of my personal institution was to make paintings and to repeat the steps that constituted the system. The point of the repetitive process was to find new forms of interaction between the painting and myself. Guided by my vision, I thought that creativity in painting can be measured if the artist, through experimentation, is able to create something new – to enrich the field of painting by inventing styles that would be completely original. I believed that these would constitute values which the art world and the audience would particularly appreciate. I excluded all conventional methods from my painting process and paid close attention to form, spatiality, brushstrokes and, in particular, colours. I did all this because I thought that the only reliable proof of creativity was to rearrange the structures of traditional painting. Moreover, if I could reach even further heights by complementing my new style with a quality of expression that would surpass the style of those who had depicted the same motifs before me, this would be undeniable proof of my understanding of my own medium. I would also have reinvigorated the potential of the traditional painting mediums. When I look back at all this, I find my thoughts both therapeutic and challenging. Trying to find a unique style is much like trying to give up hard drugs; you need to process your failures and leave all that does not work behind. Then there is the resilience and planning. The emptiness that I felt after quitting drugs was replaced by an idealistic approach to painting. Finding a new activity made it much easier for me to live without intoxicants. I was also able to pull myself away from the social network that was defined by drug use with no mental struggle whatsoever. Before I was accepted into the Academy of Fine Arts, I was sincerely sympathetic to the modernist view of art. The works presented in this exhibition were made in the autumn term of the first year of studies during the compulsory orientation course. At the time, I still used to paint according to the same visual criteria, although I was no longer as strong in my resolve. The goal of the orientation course was to provide the students with information about the Academy of Fine Arts as an institution, its curriculum, different alternatives, staff, administrative procedures, students and facilities. It served as an introduction to the resources and limitations of the Academy. The paintings are set up in accordance with the date of completion. The oldest work is on the left and the most recent one on the right. The orange painting with a square on white paper is an exception to the chronological order. It was my first successful experiment, and after giving it some thought, I think it represents a seat in the Helsinki subway train. The leftmost work is a spatial illusion produced by shapes and colours. The three other works are still unfinished. 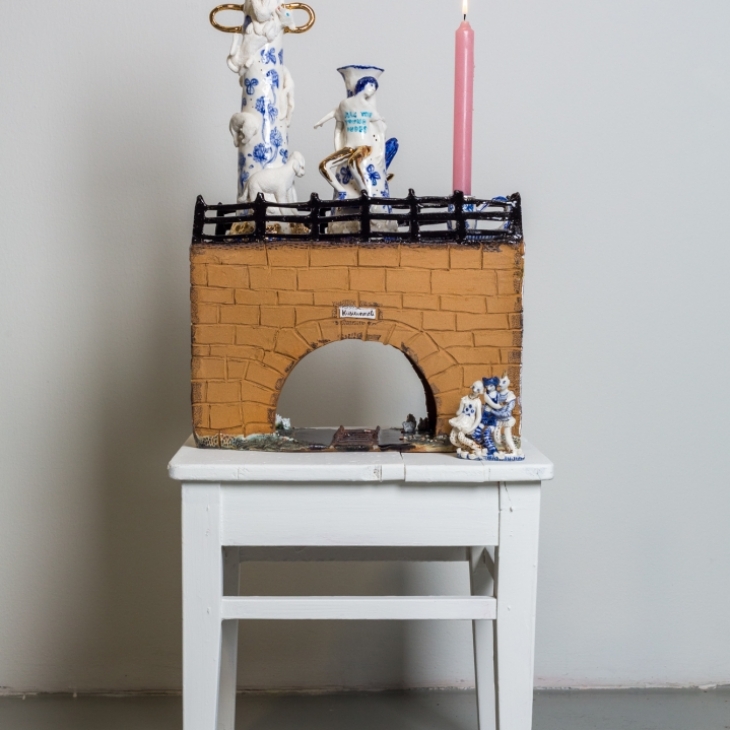 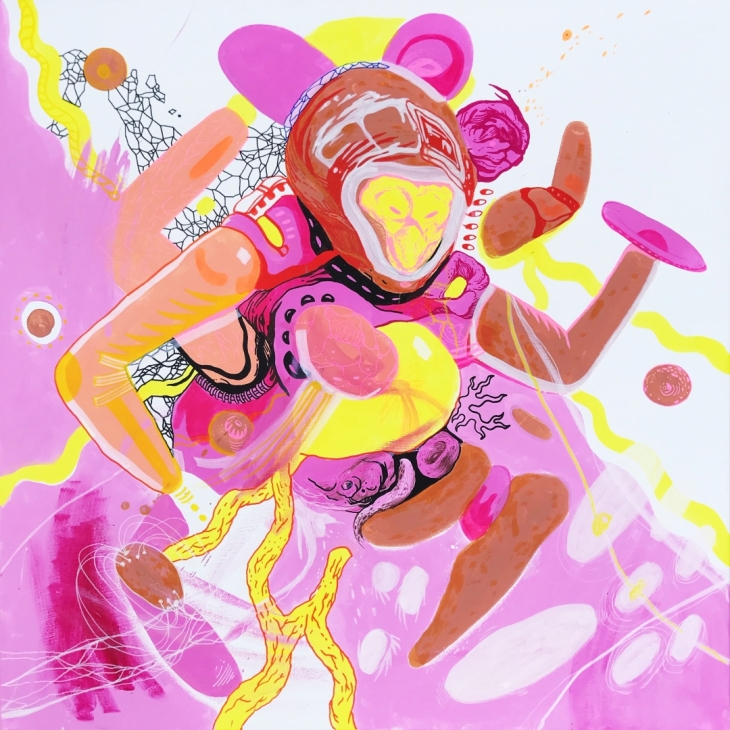 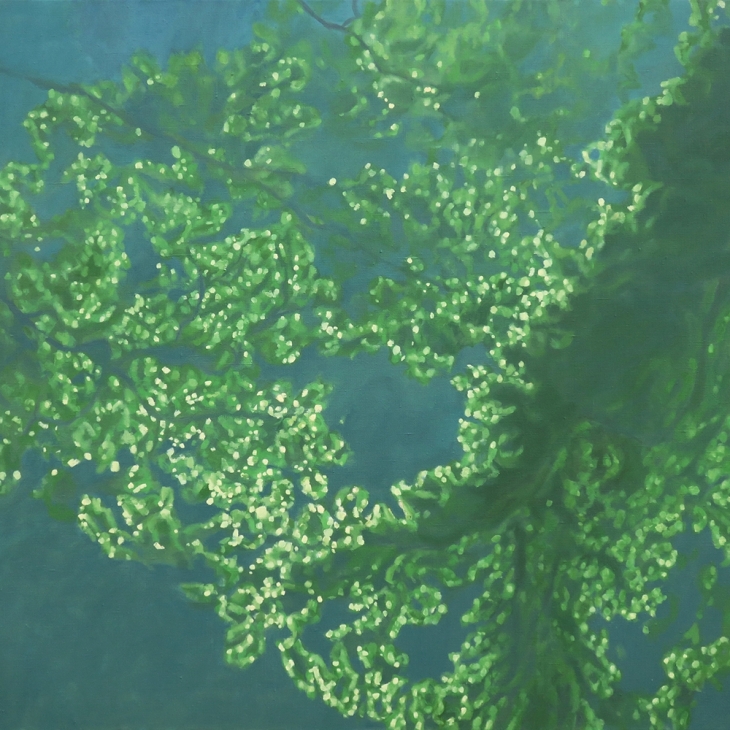 In The Morning
By Eleriin Ello
Painting
€1200 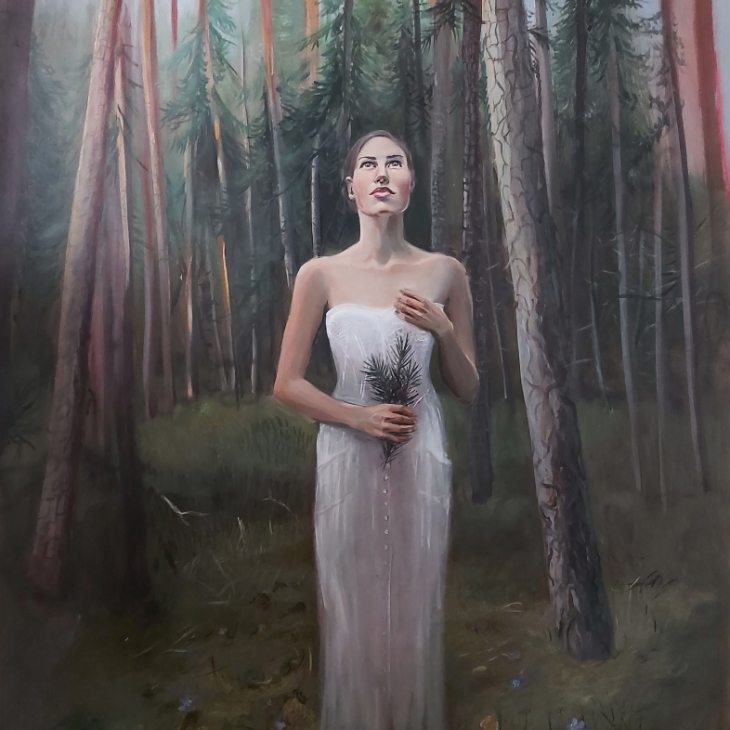 In the forest
By Ieva Fimbauere
Painting
€520 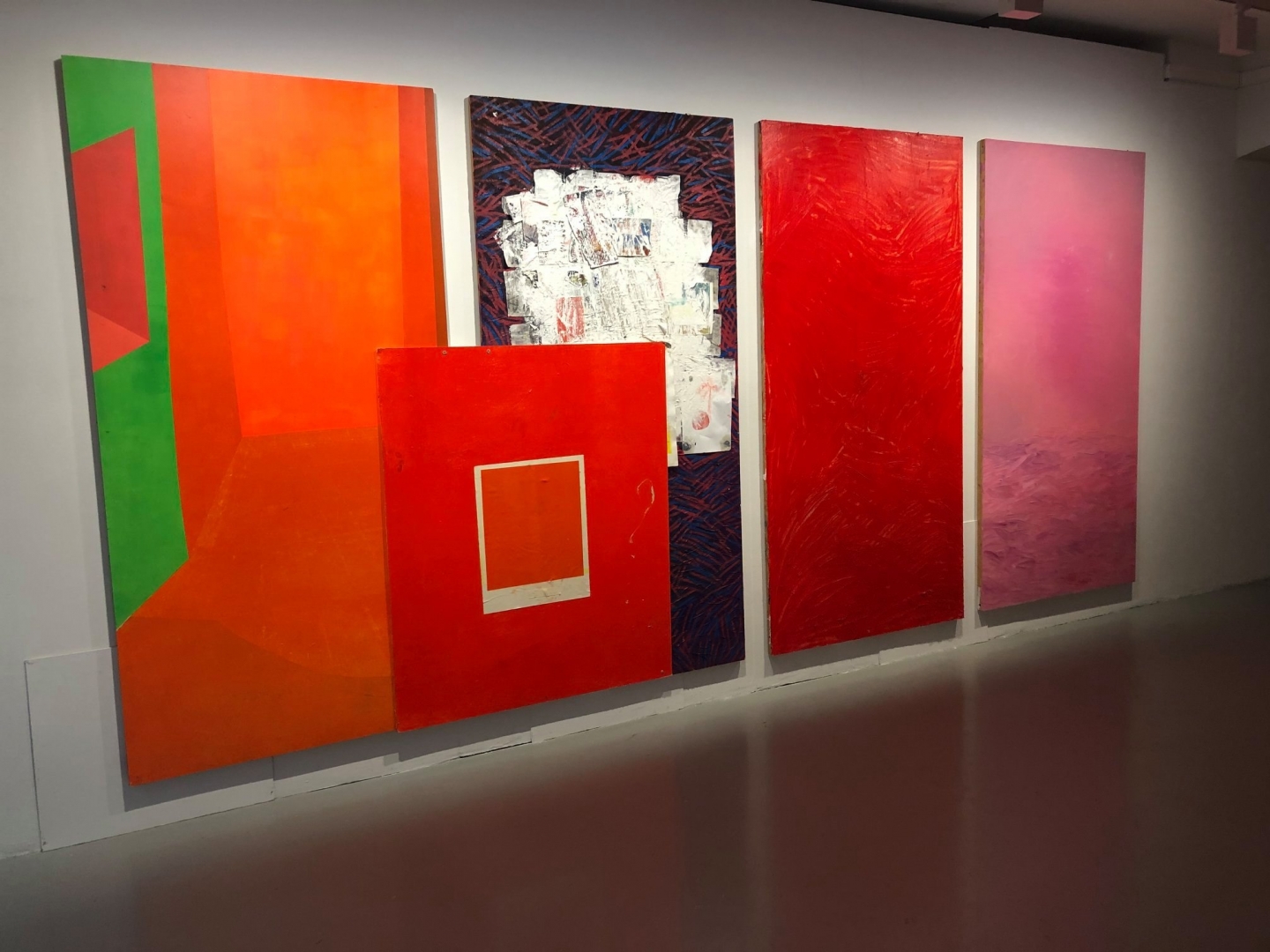